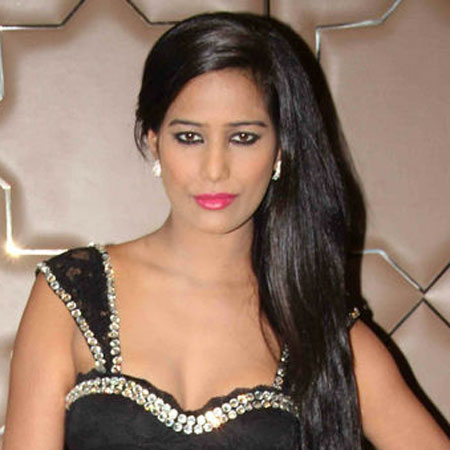 Poonam Pandey is Indian model and actor; she has been popular for many wrong reasons. She has done the lead role in movie Nasha. She is Most famous Indian Hot Film Actress.

Poonam Pandey was born on 11 March 1991 in Delhi, India, as her family member includes her father, mother and two siblings.

Her elder brother is Nilesh, a software engineer, and younger sister is Shraddha Pandey. She left college for pursuing her career in modeling.

Poonam Pandey has appeared in several Bollywood Film and Telugu Language films. She was begun her career with modeling, and later she entered into Film Industry.

She made the headline in the Indian News when she promised to strip for the Indian Cricket team if they won the 2011 cricket world cup, she shows her body in public.

Poonam did her participation in the reality show named as Khatron Ke Khiladi that was telecast on the Colors Channel. She was in the fourth season of this show, and it was this show that made her as one of the nominees for the famous show Big Boss 5.

She was featured many times in the Kingfisher calendar. In the year 2011, she had shot for around twenty-seven calendars, together with the most-awaited best clothes Calendar. She has competed against many contenders and was selected for the Kingfisher Calendar Girl Hunt 2011.

It is reported that DIG Paraskar is the Poonam's boyfriend. She is unmarried till date. There in not any reliable information about her affair.  She has not been caught by media while dating.

Poonam was found in controversy when she announced that she would be naked if Team India wins the cricket World Cup 2011. She even sent a letter to BCCI. She posed nude when Kolkata Kite Riders won IPL 5.
Poonam’s Controversy is related to her movie Nasha.

In one of the movie posters of movie Nasha, she has shown naked body without clothes, tactfully covers the body parts that must be hidden. The protestors set these posters on fire on 20 July; People objected her advertisements in which she is showing most of her skin.

Poonam's net worth is approximately estimated to be around $8 million. She earns these from modeling and her films. Her annual income is about $200 thousand.

Poonam is in the news once again as pregnancy, and abortion rumors have been rife. However, the controversy queen has denied the rumors and lashed out at the "fake news".

Poonam used social networking site, Twitter to said that she would take legal action against the website that reported the "fake news". She also asked the media to cross-check facts before publishing such stories. "I would request media not to copy paste false story running over blindly. Rather cross checks and then post with facts," she tweeted.
Online news site India.com reported that Poonam was pregnant and was admitted to the Hinduja Hospital in Mumbai on 18 January for abortion.