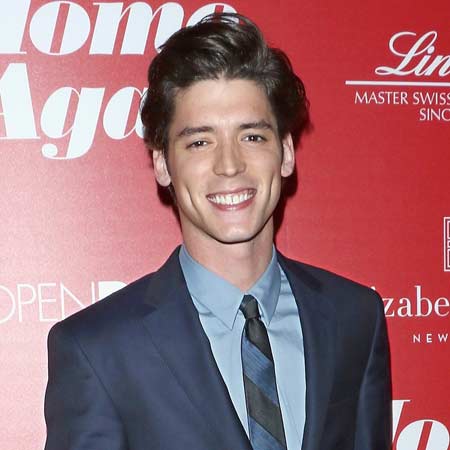 American actor, Pico Alexander is active in the entertainment industry since 2009 and has appeared in several movies as well as a TV series. He is known for his roles in Alpha House (2013), A Most Violent Year (2014), and War Machine (2017). Alexander also wrote a short film in 2010 called Get Set Go!. He has also acted on stage in productions of Punk Rock, Our Town, and What I Did Last Summer.

Alexander’s mother attended music school in Poland, whereas his father is an American cinematographer who has worked on many feature films. Similarly, his grandfather was an actor of Poland.

Pico studied acting at the LaGuardia High School and then went on to Mason Gross School of Arts at Rutgers University. He got his professional role when he was in the second grade, but he didn’t remember the name of the play. He got $200 for that.

Pico Alexander started his career as a theater actor before debuting in movies. His stage performances are Our Town, Punk Rock, and What I Did Last Summer.

Alexander then made his screen debut from American teen comedy-drama television series, The Carrie Diaries, starring AnnaSophia Robb, Austin Butler, Ellen Wong, and Katie Findlay. Some of his TV work includes Alpha House, The Following, Blue Bloods, and Orange Is the New Black.

In 2014, Alexander played the role of Esai Morales in American crime drama film, A Most Violent Year in which he is the brother of the main character Abel Morales. He was cast along with Oscar Isaac, Jessica Chastain, and David Oyelowo.

Pico Alexander has earned a huge amount of money from his acting career, however, the exact amount of his net worth is still under review which is speculated in six-figure as per some online sources.

It is reported, the average salary of an actor in the USA ranges from $5,000 to $10,000 in a year. Alexander’s movie Home Again made in the budget of $12 million became an instant hit at the box office as it grossed $37.7 million.

Pico Alexander is possibly single, as he hasn't shared about his dating life. He has kept his personal matters far from the spotlight.

"I think that I spent too much time comparing myself to other people and it didn’t seem very real anymore. All of a sudden you have more than a thousand friends and everybody is posting all the best things that happened to them. And it kind of unsettled me really. I started posting a status and waiting to get the likes. If I got the likes then I was validated as a human for that day and if I didn’t it was like “f***, nobody likes me”

It looks like the young heartthrob is prioritizing his career as of now.

Pico is actually his nickname, his real name being Alexander Jogalla. Alexander’s grandfather jokingly referred to him as Pico when his mom was pregnant with him. Nobody ever called him Alexander except for one teacher in sixth grade.

Alexander also speaks Polish, and according to him, it was his first language.

Below, we present the interview of Pico Alexander