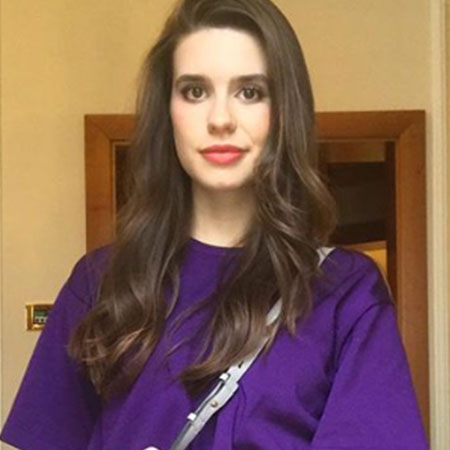 Gorgeous actress Philippa Coulthard gained both public and media attention after earning a role as complex and classic in one of the most viewed miniseries Howard End. She gained further fame following her marvelous performance in a 2017 box office hit movie Annabelle: Creation. Similarly, Philippa is also credited for K-9, Lightning Point, and Now Add Honey.

Philippa Coulthard was born on November 25, 1992, in Brisbane, Queensland, Australia. She was raised in her hometown of Brisbane along with her parents. She went on to study at the Hillbrook Anglican School in Brisbane.

Coulthard also attended the Promenade Dance School, where she began training as a dancer at the tender age of 4.

Philippa Coulthard kick-started her acting journey in 2007 playing the role in a movie Unfinished Sky. Her first big break came in 2009 following her role in the comedy-adventure series K-9. She subsequently featured in Bikie Wars: Brothers in Arms and Secrets and Lies. She also appeared in Aussie-made programme Lightning Point.

Coulthard's movie projects include After the Dark and Now Add Honey. She gained mainstream fame after she won a star-making role in a new television version of the E. M. Forster novel Howards End. She played the role of Helen, the youngest of the idealistic Schlegel sisters alongside Hayley Atwell and Matthew Macfadyen.

Philippa Coulthard has garnered a large amount of money at such a young age from her work in both movies and TV series. She gained a substantial boost after her role in the miniseries Howards End. She has an estimated net worth of around $0.7 million.

Philippa Coulthard is not married yet and also her dating life is a big mystery. The actress has kept everything secret regarding her love life and boyfriend. She probably is more focused on her meteoric career rather than involved in a relationship.

Further to add, Coulthard is an animal lover and has few pets including a cat named Benatar.