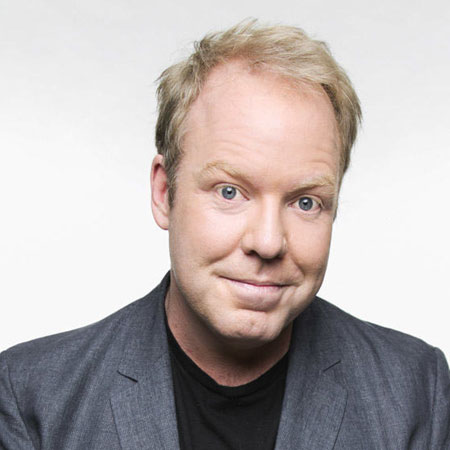 Peter Helliar is an Australian comedian, actor, radio, and television presenter. He is one of two hosts on the Network Ten television series The Project alongside Carrie Bickmore. Helliar gained national attention in 1999 after becoming a regular stand-up comic on Rove which aired on the Nine Network. In 2017 he was nominated for the Gold Logie, for the Most Popular Personality on Television. He made his big screen debut with the movie I Love You Too in 2010 and also appeared in Australian comedy film, Sc u mbus. He appeared as his Alter ego during the 2005 AFL season. He created an alter ego in 2005 named Bryan Strauchan who debuted on the TV show Before the Game.

Peter Helliar was born Peter Jason Matthew Helliar on June 16, 1975, in Melbourne, Victoria, Australia. He belongs to Australian nationality and regarding his ethnicity, he is White Australian.

Helliar spent most of his early childhood days in his hometown Melbourne. He graduated from the Parade College.

Helliar rose to fame in 1999 after becoming a regular on Australian television variety show Rove which premiered on the Nine Network. In 2010, he went on to join the Seven Network to feature on their new football show, The Bounce, along with Leigh Matthews and Matthew Richardson.

Later in 2013, Helliar became the co-host of The Project alongside Carrie Bickmore replacing Dave Hughes.

Between 1998 and 2000 Peter Helliar made his regular guest appearance on the ABC’s national youth network Triple J. He later joined the Austereo radio network to appear on the weekly program Saturday Morning Rove alongside TV colleagues Rove McManus and Corinne Grant.

The comedian has also hosted own show called Pete’s Show that aired on Today Network on Fridays (10 am – 12 pm).

In addition to his contribution to TV and Radio, Helliar has also written a script for several movies. In 2010, he wrote a screenplay for a comedy film I Love You Too. After a couple of years, he featured in the Australian comedy film, Sc u mbus.

During the 2005 AFL season, Helliar debuted as Bryan Strauchan who was his alter ego. He appeared on the show Before the Game with a totally different look as he wore a blonde mullet wig in order to stereotype the Australian bogan ethnicity. Strauchanie has made several appearances on different media.

As per Celebrity Net Worth, Peter Helliar has an estimated net worth around $5 million. He is the regular host of The Project and as per the report his co-host Carrie Bickmore is paid $500,000 a year. He and his wife Bridge sold their Melbourne mansion for $3.2 million, in May 2016. The couple bought the home for $2.55 million which has a swimming pool, basketball and tennis court.

The TV and radio presenter owned a Datsun 120Y which worth above $2K. He currently drives a Toyota Prius which is worth around $25,580.

Peter Helliar is a married man and has three children. He has been married to his girlfriend Bridget Helliar for a long time. The two started dating in 1999.

The comedian told about his first encounter with his wife in an interview with news.com.au in 2014, stating

'It was a weird start for us though. I was at Sydney Airport waiting to come home to Melbourne and spotted her in the lounge and thought she was really cut."

In November 2017, they celebrated their 14th wedding ceremony. The couple is blessed with three children Liam Helliar, Oscar Helliar, and Aidan Helliar. The family of five resides in Melbourne, Victoria, in the suburb of Ivanhoe.