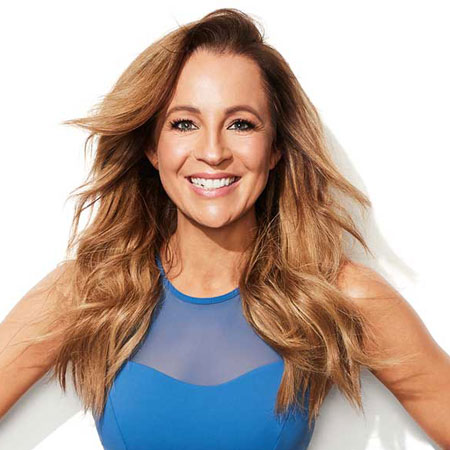 Carrie Bickmore is an Australian talk show host and Logie award-winning television and radio, presenter. She has been working as a host of The Project on Network Ten for around a decade. She also currently hosts Carrie and Tommy on the Hit Network.

For her marvelous presenting skills, Bickmore has won a number of Logie Awards too. In November 2012, she became the UNICEF Amba s sador.

Carrie Bickmore was born on December 3, 1980, in Adelaide, South Australia. She is Australian as per nationality and is White Australian by ethnicity. Along with her family, she moved to Western Australia at a young age. She is the daughter born to Jennie Bickmore-Brand and Brian L. Bickmore.

Bickmore studied at the Anglican girls' school Perth College. Following her college years, she went on to study journalism at Curtin University of Technology and graduated in 2000. After a year, she moved to Melbourne, Victoria to pursue her career in media.

Carrie Bickmore began her radio career working as a newsreader on 92.9FM in Perth. In 2001, she joined a radio station Nova 100 as the afternoon newsreader in Melbourne. She then became the breakfast newsreader on Hughesy & Kate on Nova 100.

In November 2012, Bickmore along with Charlie Pickering was the member of the radio show The Breakfast Project. In Jan 2017, Southern Cross Austereo announced that Bickmore and television presenter Tommy Little will host Carrie and Tommy on Hit network.

Television Career and Other Work

Bickmore’s first TV work came in 2006 as a presenter on the variety show Rove Live. She has been a presenter on The Project since 2009 broadcasted weeknights on Network Ten. She was honored with the Logie Award for Best New Female Talent for her work on Rove and The Project, in 2010.

At the end of 2010, the Drum's editor, Jonathan Green and representatives of the Australian coffee industry criticized Bickmore for promoting fast food company McDonald's in a report for The Oprah Winfrey Show. But later McDoland’s confirmed that she was paid for advertising.

In 2014, Bickmore was nominated for the Gold Logie for the Most Popular TV Personality and won the award after a year. In addition to her work in TV and Radio, she also became the official host and amba s sador for the L ‘Oreal Melbourne Fashion Festival, in 2010.

In 2012, Bickmore was named the UNICEF Amba s sador.

After her husband died in 2010 due to brain cancer, Bickmore involved in brain cancer charity projects. She launched Carries Beanies For Brain Cancer in November 2015. The project’s initial aim was to raise at least $1 million for brain cancer research.

Bickmore also promoted her project on the talk show The Project which helped in gathering more funds for brain cancer research. She was eventually able to raise more than $1 million for brain cancer selling beanies.

Carrie Bickmore’s Net Worth And Salary

The Gold Logie award-winning TV and radio presenter Carrie Bickmore has earned a decent amount of money from her career which is around $5 million according to Celebrity Net Worth, as of April 2018. She is currently hosting the Australian talk show television panel program The Project on Network Ten. And she earns around $73, 107 as an annual salary from the network.

Besides, Bickmore also became the UNICEF Amba s sador in November 2012. At that time, she used to receive approximately $66,000 annually.  Bickmore and her partner Chris Waller bought a home for $1.59 in the Fairy Hills location, Melbourne.

Carrie Bickmore is in a relationship with her longtime boyfriend Chris Walker. The couple met on the TV show and started dating in late 2012. Her partner Walker is a newsreader and television personality who currently works as a producer on The Project.

On October 8, 2014, the couple announced the news of expecting their first child. On 18 March 2015, their firstborn, a daughter, Evie Walker was born.

Prior to Walker, Bickmore was married to media personality Greg Lange. The former pair tied the knot in 2005 and together have a son, Oliver. Unfortunately, her husband pa s sed away after a long battle with brain cancer on December 27, 2010. Her husband fought against brain cancer for around a decade but could not survive. She also dedicated a speech on the Gold Logie award, on May 3, 2010, dedicated to Lange.