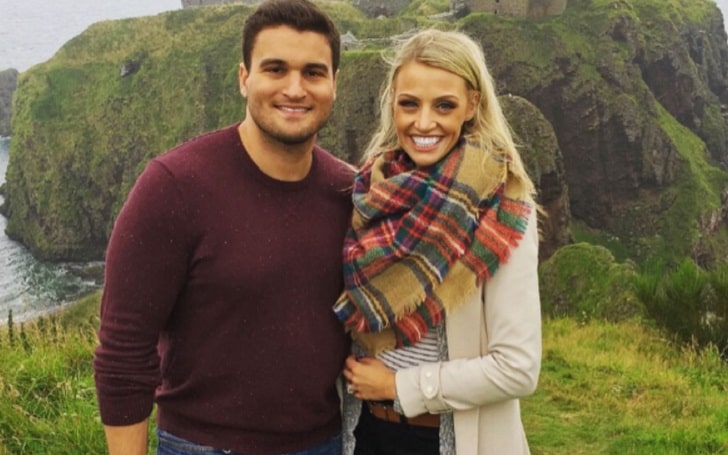 Peter Buchignani is an American businessman who comes from Bloomington, Illinois. Buchignani has been serving as a Securitized Products Sales at Amherst Pierpont Securities for more than seven years. Besides the 35 years old, the businessman got more into the limelight as the husband of Carley Shimkus, a reporter for FOX News Channel (FNC).

According to Everipedia, Peter Buchignani was born on September 21, 1986, in Bloomington, Illinois. As of early 2022, his age is 35. Buchignani holds an American nationality and is now based in Chicago, IL.

Buchignani was raised by his mother, Mary Edna and his father, Leo Buchignani, together with his siblings. His father is a lawyer, while his mother is a homemaker. As for his education, the 35 years old personality attended Princeton University from 2005 to 2009, from where he graduated in political science. 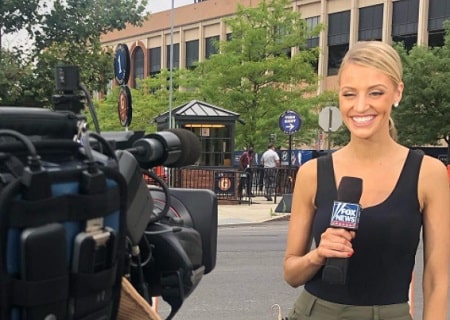 During his time at University, Buchignani played for their football team for three years and was a defensive end. Not only that, but he played as a forward for the basketball team for two years.

After graduating from University, Buchignani began his career in sales. In July 2009, he started working as a sales analyst at Barclays Capital based in Greater New York City Area. He worked there until August 2011 and moved to Deutsche Bank in January 2012. At Deutsche bank, he was an MBS Sales till January 2015.

After leaving the Bank, Buchignani joined Amherst Pierpont Securities in March 2015 as Securitized Products Sales. Since then, the husband of Shimkus has been working with the company and has gained various experiences. Furthermore, Buchignani got into the limelight as the husband of Carley Shimkus.

Shimkus is a Quinnipiac University graduate who works as a 24/7 Headlines reporter for FOX News Channel (FNC) based in New York. Before that, she had worked as a news correspondent and was also the a s sistant producer for Imus in the Morning.

As mentioned earlier, Peter Buchignani is happily married to his beloved wife, Shimkus. The duo met each other when Shimkus was just 23 years old. And they began dating each other in 2013. After two years, the pair walked down the aisle in 2013. 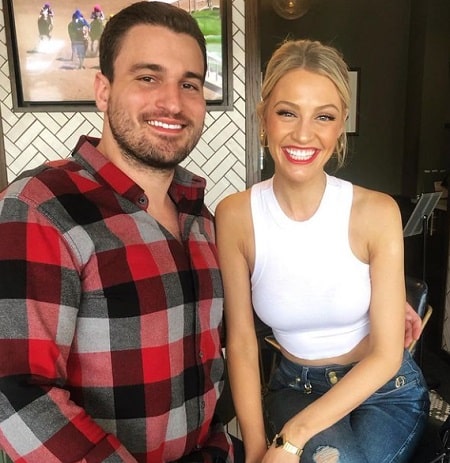 CAPTION: Buchignani and Shimkus have been married since 2015 SOURCE: Instagram @carleyshimkus

Since then, Shimkus and Buchignani have led blissful life as husband and wife. The lovebirds live in New York, and Shimkus often shares snaps with her husband via her Instagram handle, where she is registered as @carleyshimkus. They have not shared any children.

How Rich Is Peter Buchignani?

Being a businessman, Buchignani has collected a decent fortune. He has worked in several enterprises in the sales department. So, considering all the facts, some sources estimate his net worth to be around $500,000 to $1 million. Not to mention, the average salary of a sales analyst in the United States is $67,068.

Apart from that, his wife, Shimkus, also makes a good profit from her work at FOX, and Married Biography reports her wealth to be around $1 million.