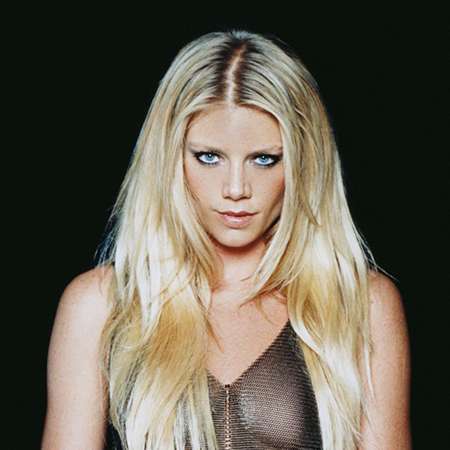 Australian actress and model, Peta Wilson is best known for her role as Nikita in the television series La Femme Nikita. She has enacted in numerous films and TV series including Superman Returns, Johnny Zero, and CSI: Miami. Wilson started her acting career from the low-budget independent movie The Sadness of Sex in 1995. She first worked as a model in Australia and Europe then moved to Hollywood to pursue her acting career.  In 2017, she appeared in a TV doc u mentary Michael Hutchence: The Last Rockstar.

Peta Wilson was born as Peta Gia Wilson on 18 November 1970 in Sydney. Her father Darcy Wilson is a former warrant officer in the Australian Army while her mother Karlene White Wilson was a caterer. She belongs to Australian nationality and regarding her ethnicity, she is White.

Wilson spent several years in Papua New Guinea when her father was stationed in the place. Her parents split up when she was 12 years old. Initially, she modeled in Australia and Europe before moving to Los Angeles.

Wilson moved to Los Angeles in 1991 to study acting with Arthur Mendoza at the Actors Circle Theatre and with Tom Waits at the TomKat Repertory Group.

After studying for almost five years with them, she started appearing in a small role in independent films. In 1995, she made her minor appearance in an independent movie The Sadness of Sex.

Peta Wilson first started as a model in Europe and Australia. Wilson then moved to Los Angeles in 1991 to pursue her acting study at the Actors Circle Theatre. After she got some acting lessons she started getting hired for small roles in independent films like Loser and One of Our Own.

In 1996, she auditioned for the new show to be produced for the USA cable TV channel. She was chosen among other competitors to star as Nikita in the show La Femme Nikita which was based on the French movie Nikita. Her performance was highly appreciated.

The series aired for five years. For her role in the series, she was nominated twice for the annual Gemini Award for “Best Performance by An Actress in a Continuing Leading Dramatic Role”. Russian President Vladimir Putin confessed to being a fan of hers when he met Peta in 2001 at the International Film Festival in Moscow.

Wilson played the role of Mina Harker alongside Sean Connery who played Allan Quatermain in the movie The League of Extraordinary Gentlemen. Peta has also portrayed real-life actress Anny Ondra in the TV movie “Joe and Max” in 2002.

In 2006, she appeared in a small role in the movie Superman Returns starring Brandon Routh and Kate Bosworth, and Kevin Spacey.

Next year, Wilson was a part of the film Gardens of the Night. She then continued to appear in several television series and movies. In 2010, she made a guest appearance in the crime drama show CSI: Miami.

Peta received the Best Actress Award for her performance as CIA spook Marla Criswell in a short film “Liberator” at the Cinerockon International Film Festival. Her performance helped her to get nominated for several awards including Gemini Awards, Saturn Awards, and OFTA TV Awards.

Besides, she launched a lingerie label named Wylie Wilson in 2012 which has a flagship store in Los Angeles, California.

Peta Wilson’s net worth is $10 million, according to Celebrity Net Worth. Wilson also makes impressive money from her lingerie label. Wylie Wilson. She has ama s sed a hefty amount of net worth from her TV and movie shows. Her films have grossed over $1 billion at the Box Office. In 2003, she was a part of The League of Extraordinary Gentlemen earned $179.3 million at the Box Office.

In 2006, Wilson appeared in a DC superhero film Superman Returns made $391.1 million Worldwide. Her next film Gardens of the Night collected $11436 at the Box Office. In 2009, she was a part of the indie Aussie film Beautiful which earned $41K worldwide. As a part of such hit movies, the actress is paid a good amount of salary too.

Wilson owns a house in Venice, California which worth maybe $million.

The actress is involved in several charitable works and movements. She has raised over $1million amount to Cancer Research.

Peta Wilson is unmarried and has a child. She is not dating anyone (publicly). She was in a live-in relationship from 1997 to 2002. They have a son together Marlowe Harris-Wilson who was born in 2002 with her long-time ex-boyfriend Damian Harris.

Her dating history shows her romantic affairs with people like Mick Jagger, Russell Crowe, Dan Wylie, and Aaron Jeffrey. As of 2019, she is unmarried and single at the same time.

Here is the video which shows Peta Wilson's Career: