Personal Details About Actress Korrina Rico-Boyfriend, Affairs and Her Relationships! 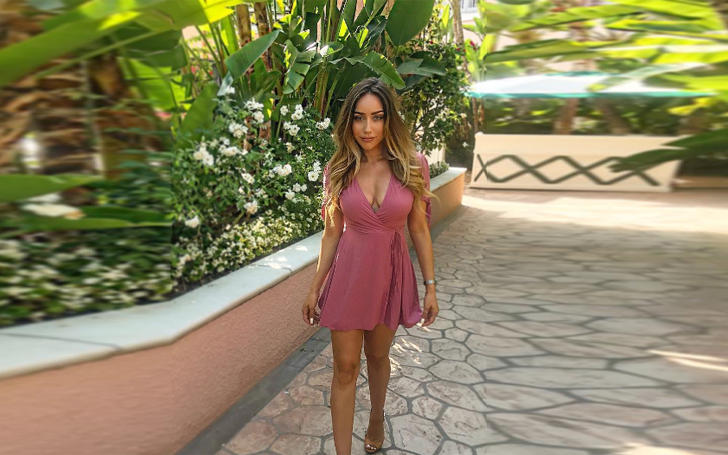 Amercian actress Korrina Rico is all set to introduce herself as a writer and producer with her new movie Glass Jaw - the film is in its post-production phase.

Rico who started her career as a model rose to fame after her performance in movies like In Time and Horrible Bosses 2. Currently, the model turned actress is busy on her upcoming projects like Lost Angelas, Glass Jaw, Hooked and The Man from Wailing River.

In the midst of her busy professional life, and career, is actress Rico dating anyone? Or, is she already married?

Is actress Korrina Rico Dating Anyone? Or Is She Married?

Twenty-seven-year-old actress Korrina Rico is currently dating her Glass Jaw co-star Lee Kholafai. Rica is quite open about her relationship with her beau- she frequently shares their cute pictures on her Instagram in various occasions.

Rico and her boyfriend are totally in love with each other, just look at their Instagram! They love spending quality time with each other; they also appear together in several events.

The lovebirds enjoyed a wonderful time with each other in Coachella in April 2016. Rica took to Instagram to share several pictures of the event:

Rica and Kholafai are inseparable- they don't even appear in friend's birthday parties and wedding ceremony without each other.

They were seen together in Rico's friend CJ Perry and Miroslav Barnyashev's wedding back in July 2016.

Rico shares most of her special days with Kholafai, on 9 September 2016,  she shared a picture where the couple was wearing matching white outfits! Guess, what the occasion was?

It was Rico's birthday!

"[email protected] & I don't follow the rules..wearing white after Labor Day because its my birthday @twistimages and special thank you to @eliwehbe for hosting me"

Rica and Kholafai aren't only lovers but also business partners, and best friends. Anybody else jealous of their amazing relationship?

Lee Kholafai talked about how vital Korrina Rico is to him on his Instagram post on 9 January 2017.

She's my lover, business partner, and best friend. Thank you for everything @korrinarico

How great is this couple? If only more Hollywood relationship were like theirs, we'd have some amazing love-stories to write about!

Korrina Rico And Her Boyfriend Lee Kholafai Share A Pet!

Besides loving each other madly, Rico and Kholafai also love their pet dog, Titan. They are quite close with their pet and frequently share pictures of Titan on their respective Instagram.

Korrina Rico and Lee Kholafai with their pet, Titan

They also celebrated Titan's birthday on 19 December. Kholafai doesn't miss to express his love towards Titan, he shared a snap of the celebration on his Instagram.

Titan has indeed completed their family.