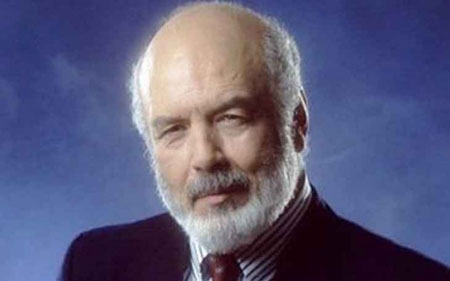 Pernell Roberts, who had more than 100 acting credits to his name, rocketed to fame in 1959 after playing the role of Adam Cartwright in a television series Bonanza. He gained further acclaim after his performance on Trapper John, M.D in which he worked from 1979 to 1986. He won a Primetime Emmy Award nomination in 1981 for his performance in the series.

Pernell Roberts was born as the only child of Pernell Elven Roberts Sr. and Minnie Myrtle Morgan Roberts on May 28, 1928, in Waycross, Georgia, United States of America. His father Roberts Sr. was a Dr. Pepper salesman.

His interest in acting and singing emerged in his early childhood. As a schoolboy, Roberts performed in school plays as well as sang in local USO shows. He attended the University of Maryland but did not accomplish his graduation. Before, he also enrolled at Georgia Tech. but didn't graduate from there as well.

Starting in 1946, Roberts served in the United States Marine Corps.

Pernell Roberts played his first professional stage role in The Man Who Came to Dinner at the Olney Theater in 1949. The following year, the actor made his way to Washington D.C. and landed a variety of acting jobs in numerous productions.

In 1957, Robert signed a contract with Columbia Pictures. Just a year later, the actor landed his first big-screen role in Desire Under the Elms which was nominated for Best Cinematography Academy Award. After countless roles in both movies and TV series, Roberts's biggest breakthrough came in 1959 when he took the role in the hit Western TV series Bonanza. He portrayed Ben Cartwright's urbane eldest son Adam Cartwright in the series until 1965. 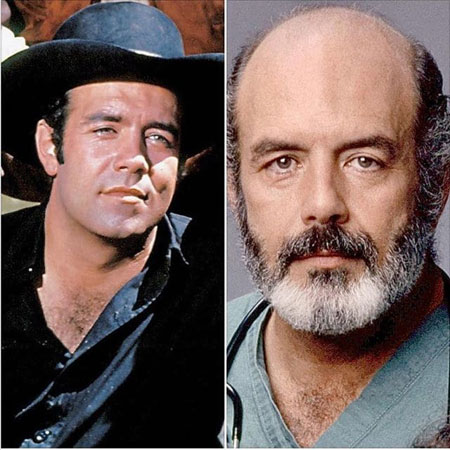 Roberts gained further fame following his title character as chief surgeon Dr. John McIntyre on Trapper John, M.D. from 1979-86. He played the role alongside Gregory Harrison, Charles Siebert, and Madge Sinclair in the series. In 1973, his performance in Welcome Home at the Ivanhoe Theatre earned him a Joseph Jefferson Award nomination.

Pernell's last TV role was on an episode of Diagnosis: Murder along with Dick Van Dyke, Barry Van Dyke, and Victoria Rowell, in 1997.

Pernell Roberts had an estimated net worth of around $10 million at the time of his death. He accumulated such a hefty amount of money from his various works, especially his TV and Movies roles.

Pernell Roberts was married four times. He first tied the knot with Vera Mowry on Jan 4, 1951. His wife Vera was a professor at Washington State University. Roberts duo gave birth to their first child, a son Jonathan Christopher Roberts in October 1951. Sadly, their son Jonathan died in a tragic motorcycle accident in 1989. After just eight years of a conjugal relationship, the couple divorced in 1959.

Later, Roberts married his second wife Judith Roberts on 19 October 1962 and stayed together for nine years before getting divorced. The actor exchanged the vows with his third wife Kara Knack on June 1, 1972. The couple also got divorced in 1996.

After three failed relationships, Roberts got married to his fourth wife, Eleanor Criswell in 1999. They were together until his death on Jan 24, 2010.

Pernell Roberts died from pancreatic cancer on January 24, 2010, at the age of 81 at his home in Malibu, California. After his death, his dead body was cremated, and ashes were given to the family.