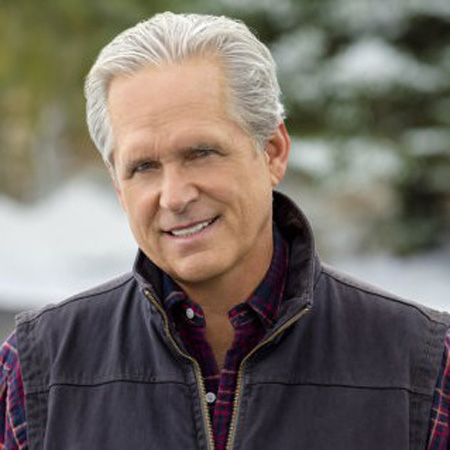 Gregory Harrison, 67, is an American actor. He is well recognized for his portrayal as Vietnam vet, Dr. Gonzo Gates on the series, Trapper John, M.D. He rose to prominence after portraying Chandler in the 1987 film, North Shore.

Harrison was born on May 31, 1950, in Avalon, Santa Catalina Island, California. He is an American belonging to the White-American ethnicity. He was born to Ed Harrison and Donna Harrison.

Harrison was raised up in Avalon, Santa Catalina Island with his artist brother, Christopher Harrison. He accomplished his schooling from there. His father is former ship's captain and poet.

Harrison served as a medic in the United States Army for two years during the Vietnam War Era. He later switched his career to acting after portraying the title role for a year from 1977-78 in science fiction series Logan’s Run.

In the year 1998, Harrison also played the role of Dr. Patrick Sullivan in Air Bud: Golden Receiver along with Thomas Jane and Elsa Pataky as well.

Harrison portrayed stripper, John Phillips in the 1981 TV movie, For Ladies Only. The movie made him a favorite with women and gay men.

The couple is blessed with four children, and among them,  one is an adopted child, Quinn Edgar Harrison. The couple met each other while Randi was competing on a 1979 edition of Battle of the Network Stars and got married after a year of a love affair.

However, the couple kept their marriage away from the limelight for several years. She gave birth to their child, daughter Emma Lee in 1985. The couple welcomed their two daughters Lily Anne and Kate in 1989 and 1991 respectively.

Besides, Harrison also enjoys swimming, kayaking during his free time. He is a keen golfer as well. During the 1990s, he became addicted to cocaine. But, due to the help of the Betty Ford Center, he was able to get rid of cocaine.

Gregory Harrison has earned a decent amount of money from his acting career. He has portrayed number of critically acclaimed characters in several successful movies.

According to Celebrity Net Worth, Gregory has an estimated net worth of around $3 million.