Five sisters from Pennsylvania came with their experience of assault from a local priest in a wake of several people coming forth accusing church priests of harassment.

The sisters alleged that a Catholic priest, who was a good family friend abused them in the early 80s when one of the sisters was only 18 months. 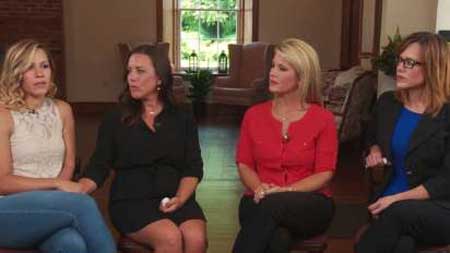 CAPTION: Five sisters from a Pennsylvania family claimed they were by a priest SOURCE: MSN.com

Sisters, Patty, Lara, Teresa, and Carolyn, claimed that the Pope Augustine Giella would give them gifts every time he assaulted them. In one incident, the priest misbehaves with the 13-year-old Patty while the other three siblings looked on.

Patty Fortney told in a recent interview with the CBS News:

Giella, a local pastor in Enhaut, was a good family friend and was often invited for family meals. Lara Fortney said,

Even at our kitchen table things happened in front of my parents' face that they couldn't see.

I would continually remind myself, 'He's my priest. He's the mediator between God and man. This is okay.

Carolyn Fortney, who was only 18-months when the molestation occurred said that she only realized about the incident while she was 12 and watching a movie of a priest molesting altar boys.

Daily Mail reported that the priest retired in 1989, however, he was still in touch with the Fortneys. In the early nineties, a relative found a box containing a child inappropriate videos including some private pictures of Carolyn.

Carolyn's parents, Ed and Patty Fortney reported the photographs to the Harrisburg diocese. The incident later reached to police and Giella was charged with sexual assault and possession of assault. But, he died while awaiting the trail.