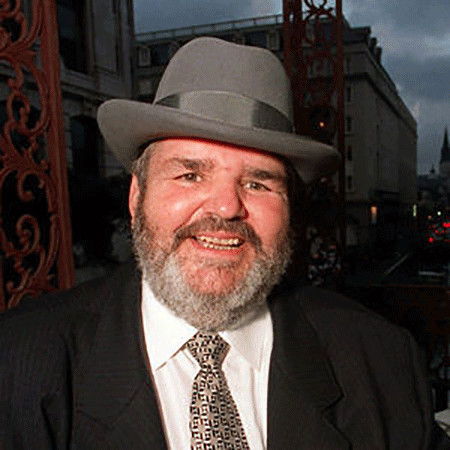 Paul Prudhomme was born on 13th July 1940 in Opelousas, Louisiana, United States and died on 8th October 2015. He is also known as Gene Autry Prudhomme. He was an American celebrity chef; whose specialties were Cajun and Creole cuisines. He was the chef-owner of the K-Paul’s Louisiana Kitchen in New Orleans. He had 12 older siblings. Paul was raised on a farm near Opelousas. His father’s name was Eli Prudhomme, Jr., he was a farmer.

In the year 1957, Paul Prudhomme opened his first restaurant named Big Daddy’s O’s Patio. Due to some reasons, the restaurants went out of business only in nine months. Initially, after the restaurant, he became the magazine seller in New Orleans. After working as a magazine seller, he started to create his own spice mixes.

Paul Prudhomme later left the restaurant and opened his own Clarence Dupuy’s restaurant Maison du Puy. Again, in the year 1975 he left to become the first American-born executive chef under Richard Brennan, SR. at the restaurant Commander’s Palace.

In the year 1984, his cookbook named Paul Prudhomme’s Louisiana Kitchen was published by William Morrow and Company. In the year 1989 the book as awarded by the International Association of Culinary Professionals. He was also credited with honors for introducing the turducken in the United States.

In the year 1994, October, Paul Prudhomme made guest appearances at Le Cordon Bleu, a cooking school in Paris. He traveled to Guantanamo Bay Naval Base in Cuba in the year 2004 along with his 4,000 pounds of food along and seasonings to cook for the troops stationed there. Due to the Hurricane Katrina, he was forced to close his restaurant in August 2005. In the following October, he reopened his restaurant.

Paul Prudhomme has married twice in his lifetime. His first wife was Kay Prudhomme, who died in 1993 due to lung cancer. Later in 2010, he married Lori Bennette. Paul had long run issues with his weight so he wrote a book named Chef Paul Prudhomme’s Fork in the road. He has no child from both of his wives.

In 8th October 2015, when he was 75 years old, Paul died after a brief illness. After his death, near 600 cookbooks, technical books on food science, and food reference of his personal library were donated to John and Bonnie Hospitality and Culinary Library. His estimated net worth is $3.5 million.