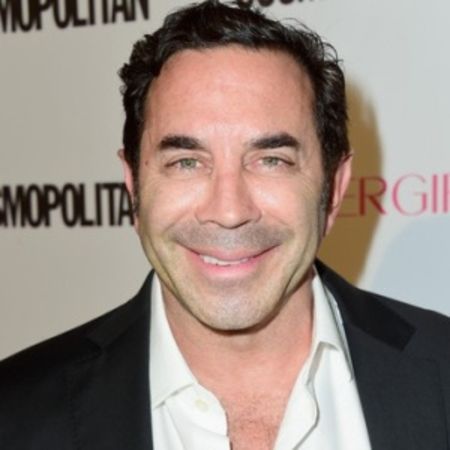 Nassif has been married to Brittany Nassif (née Pattakos) with who he is currently expecting their first child, a baby girl, together, as of 2020. Paul Nassif was born as Paul S. Nassif, M.D. on June 6, 1962, in Los Angeles, California, the United States of America, to parents Sabin Nassif and Anne Nassif.

As of 2020,  He is currently 57 years old. He is of American nationality and belongs to the white ethnicity. He has two siblings; a brother Chris Nassif and a sister Alexis Nassif.

Nassif initially studied at Loyola High School in Los Angeles and later attended the University of Southern California from where he graduated in 1984.

For the first two years of medical education, he then attended the Rosalind Franklin University of Medicine and Science/Chicago Medical School, and for the latter two years, he studied at the University of Southern California School of Medicine, graduating in 1992.

Nassif attended St. Louis University School of Medicine to complete a facial plastic and reconstructive surgery fellowship. He graduated from the University in 1998.

Dr. Paul Nassif notably co-hosted the E! plastic surgery-themed series Botched alongside Dr. Terry Dubrow which premiered on June 24, 2014. He appeared on the show for its six seasons. He then appeared on E!'s Dr. 90210.

Nassif has also appeared on the first three seasons of RHBH (The Real Housewives of Beverly Hills) alongside his ex-wife Adrienne Maloof.

Later in August 2016, he appeared on the spin-off series of Botched entitled Botched by Nature along with Dr. Terry Dubrow.

Dr. Paul Nassif has earned a decent amount of money from his career as a doctor and television personality.

According to the Celebrity Net Worth website, Nassif has a total net worth of $40 million, as of 2022. As for his salary, as per the report, he was reportedly making $2.26 per year for his appearance on Botch. He owns a luxurious house in Los Angeles, California.

Moving towards the relationship status of Dr. Paul Nassif, he has been married to his wife Brittany Nassif (née Pattakos). The couple tied the knot in Greece in October 2019, after getting engaged in June 2019.

The couple announced in April 2020 that they are expecting their first child together and one month later, they revealed the gender of the baby, confirming that Brittany is pregnant with a baby girl.

Paul is already a father of three sons who he shares with his ex-wife Adrienne Maloof. The former couple had been married from 2002 to 2012.