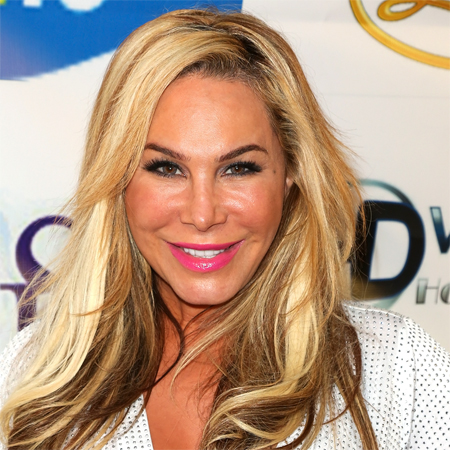 American Businesswoman, Adrienne Maloof is a co-owner of the number of business holdings of Maloof Companies. She is also a shoe designer who released Adrienne Maloof by Charles Jourdan, a shoe collection produced by Charles Jourdan. Maloof, however, is popular as a cast member of the American reality television series, The Real Housewives of Beverly Hills alongside Camille Grammer, Brandi Glanville, Lisa Vanderpump and so on.

Adrienne Maloof was born on 4th September 1961, in Albuquerque, New Mexico under the birth sign Virgo which defines her personality to be modest, intimidating, and capable. She belongs to White ethnicity and holds American nationality.

Maloof completed her high school in New Mexico. Later, she earned a degree in political science from the University of New Mexico under a full scholarship as a tennis player.

After achieving bachelor’s degree, Maloof began working in the marketing and promotions department of the Maloof family’s liquor and wine business.

Since twenty-years, she controlled much of the Maloof Companies’ marketing operations. She is responsible for setting customer service standards for all Maloof Companies, including brother George Jr.'s Palms Casino Resort in Las Vegas. 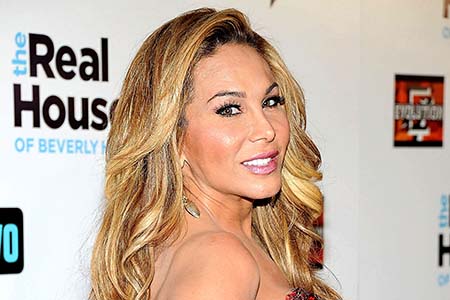 Besides this, Maloof produced a horror movie Feast in 2005. She also was a member of the reality show The Real Housewives of Beverly Hills and left the show, in 2013. She shared the screen alongside Camille Grammer, Brandi Glanville, and Lisa Vanderpump.

Adrienne Maloof has collected a decent sum from her television career and as a businesswoman. She hasn't appeared in numerous television series and movies, but Maloof earned wide recognition from the reality show The Housewives of Beverly Hills.

The businesswoman and philanthropist, has an estimated net worth of around $50 million, as per Celebrity net worth. And from the same source, her salary per episode is around $200K. She was also paid $25,000 for a make-out session with Mario Lopez to help Have a Heart Auction in Honor of Zeke (HelpZeke.com), an event to raise money for Zeke Kendall.

Maloof runs and operates several ventures which includes the Sacramento Kings, wine business, the Sacramento Monarchs, Maloof Music, Maloof Production, Palms Casino Resort in Las Vegas, and much more. She bought the house for $12 million in Los Angeles, California in 2013. A year ago, she also listed her Beverly Hills Estate for $26 million. She along with her husband Paul Nassif spent $12.7 million in May 2004, according to property records. The 20K square feet mansion has eight bedrooms and 11 bathrooms.

Adrienne Maloof married her long-time boyfriend Paul Nassif, a plastic surgeon on 2nd may 2002. The couple is blessed with three children Gavin, Colin, and Christian.

They used to live in Beverly Park in Los Angeles however, after eleven years of marital relationship, Maloof and her husband Nassif divorced on 22nd January 2013 citing irreconcilable differences.

After that, she began dating Sean Stewart, son of British rocker Rod Stewart. However, they split up after several months of romance.

As of 2018, Maloof, 56 is in a relationship with former boyfriend Jacob Busch, 28 with whom she previously dated for two years until 2015.  Maloof is also an avid animal lover has a few cats as well as a pet dog. She has too posted a number of pictures of their on her Instagram account.