Paul Fox is an English actor who started acting back in 1995. He is known for his performances in the soap opera Coronation Street as Mark Redman and in the soap opera Emmerdale as Will Cairns. He garnered further fame appearing in the Oscar-winning film Ford v Ferrari. His other top-notch series and movies include The Royal, Elizabeth, Westworld, and Mank.

Where Was Paul Fox Born? Who Is His Brother?

Paul Fox was born in Truro, Cornwall, on 13th April 1979 but moved to Greasby when he was a kid. He grew up with his older brother, Christina Fox.

He completed his schooling at Hilbre High School in West Kirby. He was trained at Glenda Jackson Youth Theatre and later attended Cheshire College.

Rose To Fame From 'Emmerdale' And 'Coronation Street'

Paul Fox, 41, made his acting debut, appearing as Tony in the television series Heart and Minds in 1995. A year later, he appeared in the medical drama Children's Ward.

In 1997, he played the significant role of Will Cairns in the soap opera Emmerdale. The following year, he acted in the feature film Elizabeth. 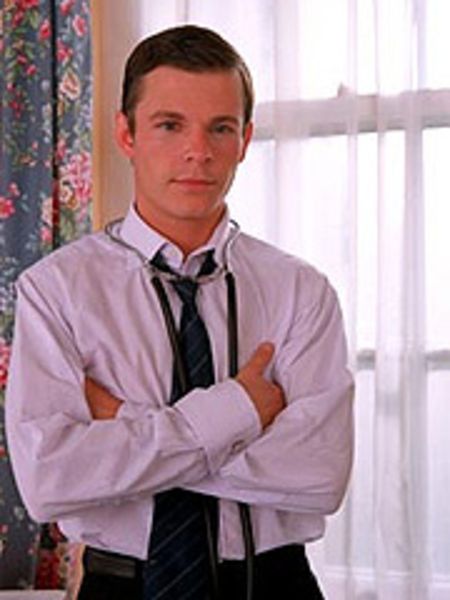 He also gained wide recognition portraying Mark Redman in the soap opera Coronation Street in 1999. Likewise, he was cast as Dr. Jeffrey 'Jeff' Goodwin in the medical drama series The Royal in 2003.

His other TV series are Doctors, Casualty, Moving On, and Our Girl. In 2019, he worked as a British Commentator in the Oscar-winning film Ford v Ferrari starring Matt Damon, Christian Bale, and Josh Lucas.

Moreover, the actor recently made an appearance in the comedy-drama film Mank in 2020.

Actor Paul Fox has earned an estimated net worth of $1 million as of March 2021. The major source of his a s sets is his work in TV series and movies.

He has worked in the Oscar-winning film Ford v Ferrari, which ama s sed $225 million at the box office worldwide against the production cost of $97.6 million.

Is Paul Fox Married Or Dating?

While talking about his personal life, Paul Fox has maintained a low-key profile for the media. So, it is still a mystery whether the actor is married or dating someone.

Unlike other celebrities, he is not active on any social media platform, which makes us hard to pin down his personal details. Lack of evidence has led to a s sume that the actor is single right now and is focused on his acting career.