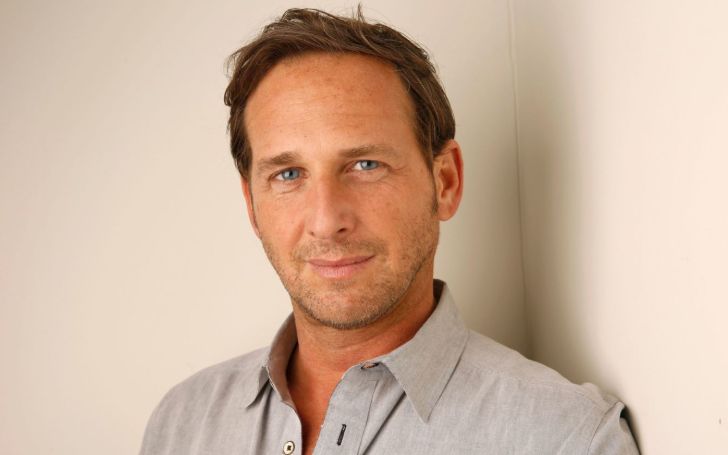 Joshua Lucas Easy Dent Maurer who is shortly known as Josh Lucas is an American actor who started his career as an actor at the age of 19 in 1990. Since then he has appeared in several movies and TV shows with more than 80 acting credits in his name and some of his notable works are A Beautiful Mind, The Mysteries of Laura,  Breakthrough,  Life as We Know It, Sweet Home Alabama, You Can Count On Me, Yellowstone and many others.

Josh Lucas was born as Joshua Lucas Easy Dent Maurer on June 20, 1971, in Little Rock, Arkansas, U.S. He is the son of Don Maurer, an ER doctor, and Michele (née LeFevre), a nurse-midwife and the classmate of Jay Keno at Emerson College who raised him alongside three younger siblings. He is of American nationality and belongs to white ethnicity.

As a child, he traveled several places with his parents as they were anti-nuclear activists. By 13, he had  travelled to 30 different locations before finally settling at Gig Harbor, Washington.

Talking about his education, he went to  Kopachuck Middle School and later on joined Gig Harbor High School from where he completed his high school graduation. During his school days, he was actively involved in high school plays.

On and Off Relationship with Jessica Ciencin Henriquez

The 49 years old, Josh Lucas is going through on and off relationship with ex-wife, Jessica Ciencin Henriquez. Well, they got married on March 17, 2012, in Central Park after some years of dating relationship; however, after one and a half years of marriage they decided to separate and divorced in 2014.

Between thier marriage, they shared a son and after the divorce, they started co-parenting him. Later on, as per some of the sources, they reconciled and started living together.

However, in May 2020, Lucas' ex-wife Jessica accused him of cheating in quarantine. In one of her Twiter posts, she wrote that "Exes are exes for a reason" and also said that

Having a child with someone makes you want to forgive them more than you normally would, it makes you believe they are better than they are. But it takes a really s**t human to cheat on their partner (correction: now ex partner) in the middle of a pandemic. Thank you for reminding me why I left you in the first place. I deserve better than this.  Our son deserves better than this.

On the other hand, a close source to Josh claimed that that hadn't rekindled their romance.

Josh Lucas has an estimated net worth of $22 million as of 2020 from his acting career since 1990. From more than three-decades of his career, he has worked in several successful movies and series among 80 acting credits in his name, so there is no doubt he has millions and millions of worth.

He made his debut in the industry from his appearance in the series, True Colors as Jonathan in 1990. After this, he has appeared in several TV shows such as Class of '61, Empire Falls, Will & Grace, Last Week Tonight with John Oliver, The Mysteries of Laura.

From 2018-2019, he appeared in series, Yellowstone as Young John Dutton. In the show, he appeared alongside Kevin Costner, Luke Grimes, Cole Hauser, Kelly Reilly, among others.

He made his big-screen debut in 1993 after appearing in a movie named Alive as Felipe Restano. Some of his notable movie work is Restless, When Strangers Appear, Sweet Home Alabama, An Unfinished Life, Stolen, The Lincoln Lawyer, Breakthrough, The Secret: Dare to Dream, among others.