The Bearded Television personality Paul Abrahamian is famous for his appearance on the show, Big Brother seasons 18 & 19. He was titled runner-up in both seasons. He was formerly a musician and was a member of the rock band Reviver. Besides, he has a clothing band named Dead Skull Apparel.

Paul Abrahamian was born on June 13, 1993, under the birth sign Gemini in Tarzana, California, United States. He is of Russian and Armenian descent. The American nationality holder spent his childhood in the United States of America. 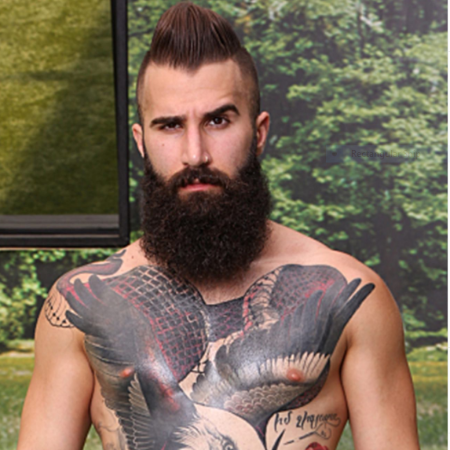 CAPTION: Paul Abrahamian is fond of tattoos SOURCE: Instagram @ paulabrahamian
As for his educational background, he enrolled at Pepperdine University where he graduated with a degree in philosophy. He is 5 feet 7 inches tall and is fond of tattoos. He has inked his body with the bird tattoos.

Paul Abrahamian is professionally a Television personality, musician and clothing designer who has appeared in the American Television show called Big Brother and it's spin-offs. In 2016 he was seen in season 18 of the show as a house guest and finished the season with a runner-up title losing to Nicole Franzel.

In the house, he was presented as a loud and over-energetic character which was unbearable by most of the housemates. He was joined by house members Natalie Negrotti, Tiffany Rousso and Glenn Garcia. For his popularity in the show, he was again called for the followed-up season of the show which was Big Brother season 19 and coincidently he finished the season being the runner-up once again.

Abrahamian was said to enter the Big Brother house for its spin-off show, Big Brother: Over the Top to host a Head of Household competition segment. He was an important member of the Big Brother family so he was continuously called to be a cast of its other programs. On August 24, 2018, he was seen on the Big Brother Talk show and after the show called Off the Block with Ross and Marissa. 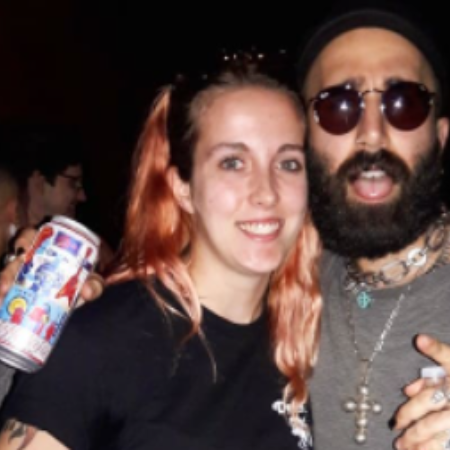 CAPTION: Paul Abrahamian is a popular American cloth designer SOURCE: Instagram @ paulabrahamian
Besides Big brother, he also appeared in the CBS Show The Bold & The Beautiful on October 25, 2016. The following year he along with his Big Brother contestant Da' Vonne Rodgers appeared for a special premiere of the CBS game show, Candy Crush.

Abrahamian holds the record of staying the longest at a contestant in the house which was 191 days. He was formerly a member of the rock band named Reviver and the band was featured in the 2013 list of Absolute Punks' New Music. As for his clothing designer career, he has a clothing brand named Dead Skull Apparel.

The Big Brother show famed Abrahamian's net worth is not estimated but many sources claim it to be $500k. His main source of earnings is his career as a Television personality. Besides, he is also a  musician and a fashion designer. From his runner-up title for two consecutive Big Brother seasons, he earned $50,000 each. Besides, he might earn good money from his guest appearances at different events. As a clothing designer, he might earn $128 thousand as an average salary. The media personality might have enough money to live a luxurious life.

The musician and reality star is not married and isn't involved in any relationships as well. Despite being a loud and energetic character he doesn't reveal much about his personal life to the media. But he was rumored to be dating Oana Gregory after her tweets hinted at Abrahamian as her boyfriend. She was also found posting pictures of him on her social media site which gave flame to the rumors but their relationship couldn't last for long and they broke up in 2015. Besides Gregory, he isn't linked with any other woman. As of 2018, he doesn't have a girlfriend.

Abrahamian lives in his home in his hometown Tarzana, California. He is a good-looking guy and rocks a full-bearded look. His bearded look was even featured in The Beard Mag Magazine where he was listed as a bearded model and became a model there for six months.

The American media personality has a tattoo all over his body. He has an eagle blazoned tattoo on his chest and he has quotes "Rock n Roll Forever" & "Live Fast Never Die" written on his ankle. His favorite things to drink include coffee and beer. He has participated in the charity event named Lunch On Me Challenge where he along with some people fed the homeless.

Here is a video of Paul Abrahamian giving an interview in the finale of Big Brother season 19.