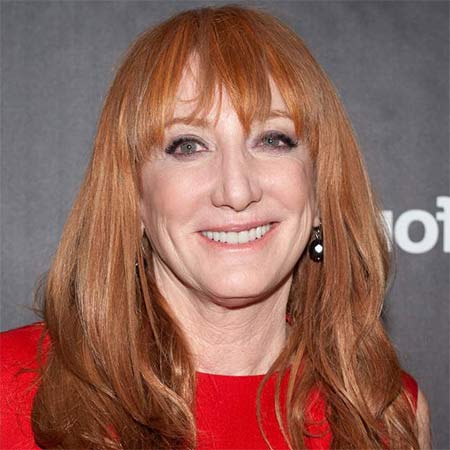 Patti Scialfa’s real name is Vivienne Patricia "Patti" Scialfa. Born on July 29, 1953, she is an American singer, songwriter and a guitarist who was a member of the E Street Band since 1984. She is also the wife of another famous American singer and songwriter, Bruce Springsteen. In 2014, Scialfa was inducted into the Rock and Roll Hall of Fame as a member of the E Street Band.

Patti Scialfa was born and raised in the Jersey Shore community of Deal, New Jersey. He father is Joseph Scialfa and mother is Patricia Scialfa. She has mixed ethnicity, as her father was of Sicilian ancestry and mother was from Belfast, North Ireland. She has two siblings; one older and the other younger, as well as half-siblings from her father’s second marriage.

Patti Scialfa attended Asbury Park High School, Asbury Park, Monmouth County, New Jersey and graduated high school in 1971. She also has a degree in music from New York University, earned after she transferred from the University of Miami's jazz conservatory at the Frost School of Music.

Patti Scialfa had a deep love for music and a true passion for songwriting ever since her childhood. She loved writing songs and first worked professionally as a backup singer for New Jersey bar bands after. In 1994, she had an interview with Lear’s magazine, where she stated that she had little talent about anything but music. She attended college only to further her ambitions as a performer while also satisfying parental expectations.

Patti Scialfa’s attempt to pursue a career in the music industry wasn’t exactly a piece of cake. She started by submitting original material to other artists in the hope that it would be recorded; but, sadly none of her songs were recorded. After graduating, she worked as a busker and waitress in Greenwich Village. However, she did not give up her hope, and soon formed a street group known as Trickster, together with Soozie Tyrell and Lisa Lowell.

Patti Scialfa’ struggled to make her way in the music industry for many years in New York and New Jersey, before finally getting an opportunity to play at Folk City and Kenny's Castaways in Greenwich Village. She also had a brief role in The Stone Pony's house band ‘Cats on a Smooth Surface’, which won her notice from the public and eventually, recording work with Southside Johnny and David Johansen.

Patti Scialfajoined the E Street Band in 1984 and appeared on the Rolling Stones’ Dirty Work album in 1986; leaving her unique vocal mark on "One Hit (To the Body)" as well as other tracks. Since then, she has recorded three solo albums: Rumble Doll (1993), 23rd Street Lullaby (2004) and Play It as It Lays (2007). The first two albums received four-star reviews and the third received a three and a half from the Rolling Stone magazine.

Patti Scialfa is currently married to Bruce Springsteen. They first lived in New Jersey, then New York and then moved to Los Angeles to start a family. The couple gave birth their first child, Evan James Springsteen, and then got married in 1991. Their second child, Jessica Rae Springsteen, was born in the same year and three years later, a third child, Samuel Ryan Springsteen was born. The family returned to New Jersey in the early 1990s and now lives in Colts Neck, New Jersey. Scialfa’s success in the music industry has earned her a net worth of 50 million dollars.