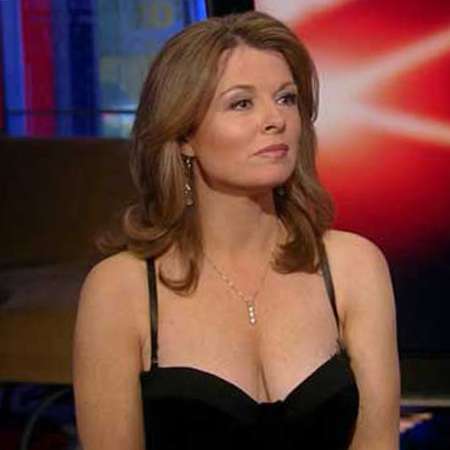 Patti Ann Browne, an American news anchor/reporter, is widely known for her work on Fox News Channel. She hosted the headline update during Fox News shows. Browne was one of the rotating co-hosts of Fox's early morning show Fox and Friends. She has worked in the MSNBC news source for several years. She was previously one of the panelists of the Red Eye w/ Greg Gutfeld a late-night talk show on Fox News. Browne has been married to Mike Browne since May 2004 and shares a son born in 2005.

Patti Ann Browne was born on September 10, 1965, in Bayside, Queens, New York. She suffered from Scarlet fever at the age of 14 and, fortunately, survived it. She is of American nationality and belongs to the North American ethnicity.

Browne is a huge fan of cla s sic rock. She performed with a rock band Blacklist and during her college days. Her band performed in Queens, NY, and basements as well.

Browne earned a Masters's Degree with a GPA of 4.0 in Communication Arts from the New York Institute of Technology in Old Westbury, New York.

Browne attended on a full scholarship that involved teaching news-writing and production skills to the undergraduates. She was also a general a s signment reporter for the school’s news program, ‘LI News Tonight’ that airs nightly on Long Island cable.

Patti Ann Browne joined the cast of Fox News Channel from MSNBC. She is a substitute anchor in numerous shows and was also a regular guest panelist in Red Eye with Greg Gutfeld. She is a rotating co-host at the Fox early-morning show Fox and Friends First.

Browne was also a music host on Fordham's radio station, WFUV-Fm. She was interested in becoming an anchor ever since high school, and at present, she is living her dream.

Browne has left no stone unturned in any of her reporting and anchoring, and her viewers are thankful for her huge contribution to making news more factual and exciting.

Browne was an editor of Fordham’s magazine called Alternative Motifs. She also worked for Newsweek Magazine part-time for around four years.

Browne became an intern for Joan Lunden’s syndicated weekly television show titled ‘Mother’s Day.’ She was strongly leading towards her future career as a news anchor.

As a general a s signment reporter, Browne worked in the field, covering major stories along with New York reporters for many years. She co-anchored the station’s highest-rated show, its 3-hour morning news program.

For her hard work in covering live news from the scene of the Long Island Railroad ma s sacre committed by Colin Ferguson, she was praised by her seniors as well as the viewers. Also, she was praised by people for her un-scripted anchoring of the crash of TWA Flight 800.

Then the highlight of her anchoring career came when she went live from Manhattan covering the investigation after the World Trade Centre bombing in 1993.

She worked briefly in the mornings at WBAB, a famous Long Island FM rock music radio station, as a host. And at the same time was working for News 12 Long Island in the evening. Later, Browne received network affiliate experience as a full-time anchor/reporter at WSJV-TV in the South Bend part of Indiana.

Browne's made her debut on television as a nightly anchor and News Director of WLIG TV 55, which was seen both in New York City and Long Island. Prior to this, Browne's broadcast career commenced the morning –drive news anchor/writer in radio at WLIM-AM on Long Island, NY.

Then Browne became an anchor for MSNBC where she hosted a 2-hour weekend show, Weekend Morning Line. During the Years that she spent working for MSNBC, Patti covered un-scripted breaking news and did various live interviews with international newsmakers.

Browne also served for CNBC as a substitute news anchor. Brown has been with Fox News Channel full-time since August 2000 while she first anchored Fox News Live headline news updates and also as a fill-in host for shows during many different time slots. Patti also anchors hourly news updates for the Fox News Radio network.

Patti Ann Browne's net worth in 2019 is reported to be around $3 million. According to a source, Fox News paid $80K-$240K to its anchors and reports, so we can a s sume that she might be earning in the same range or above as reported.

Browne also worked for MSNBC where her annual salary was over $61,000.

Browne is doing great in the anchoring and reporting sector and her viewers will undoubtedly see more of her in the near future.

Browne is a married woman. She has been married to Mike Browne since May 2004. Mike proposed to Patti after dating her for around seven months. The couple welcomed their son in 2005.

Browne has an identical twin sister and a younger sister. She is very close to her family even after her marriage. Patti is a Roman Catholic and was introduced to the Roman Catholic Diocese of Brooklyn’s Hall of Fame in 2012.

Browne has traveled to many places in the world, and her list includes Hungary, England, Austria, France, Mexico, Canada, Ireland, and also around the United States.