Patrick Patterson Agrees to 3 Years Deal with NBA's Oklahoma City Thunder, Know about his Salary,Net worth 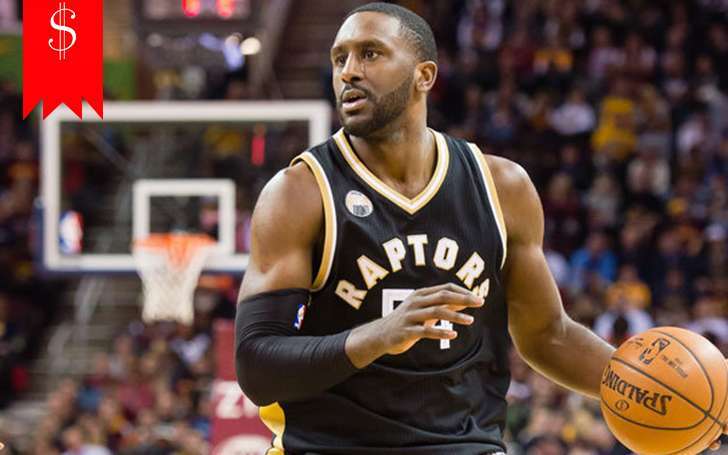 The former Toronto Raptors' forward Patrick Patterson has signed a three-year contract with the Oklahoma City Thunder on Tuesday, 4th of July. The 28-year old American Basketball player was in an association with the Raptors since the 2013-14 season.

The City Thunder; which lost its key player Kevin Durant one year back, has done an incredible job by signing Patterson. Moreover, the Thunder already has NBA powerhouse Russel Westbrook and now the team is pretty hopeful for the NBA title this season

The 6 feet 9-inch tall former Raptor forward Patterson has signed a three-year deal for a whopping $16.4 million on Tuesday, the deal includes a player option in its final year. The ESPN reporter Adrian Wojnarowski disclosed Patterson's agreement with the team in a tweet on July 5.

Patterson will join the Thunder in a few days. The team finished sixth in the Western Conference this past season where they got eliminated by the Houston Rockets in the first round of the playoffs. Kentucky product Patterson spent four seasons with the Toronto Raptors where he averaged 7.6 points and 4.8 rebounds per game on a 37%clip from three-point range.

Also Read: How Much is Kevin Durant's Salary?Know about his Net worth, Career, and Awards

This season, Oklahoma City Thunder's  fan will look forward to Patterson's performance; who can handle both defensive sides as well as forward on the floor. Hopefully, Patterson will be an asset to Thunder which couldn't do much shooting last season

Patrick Patterson's Net Worth and Salary

NBA players are among highest paid athletes in the world. NBA Oklahoma Thunder's Patterson is no exception as well. He has earned a pretty good amount of money with his NBA career. As per some online sources, Patric Patterson's current estimated net worth is  $25 million, however, that is an estimation and it could go much higher.

You can build a website in under an hour with the @GoDaddyCanada New Website Builder. 'Bout to start up all my business ideas.

Patterson earns his massive net worth from his basketball career where his annual salary is reported to be over $3 million. He also gets a significant amount of money from the endorsements.

Patrick signed a three-year deal with the Toronto Raptors for a whopping $18 million and he has recently traded to the Oklahoma Thunders which signed him for over $16 million.

Well, it's usual to have a curiosity on how he spends his whopping net worth. As per some online sources, he lives in a luxurious condo in the Trump International Hotel and Residence.

The condo adorns a cocktail room which features brass, French bistro shelving, and a royal blue tufted settle. On the other side, the living room features a giant dinosaur skull that takes over his coffee table on of a faded ikat rug.