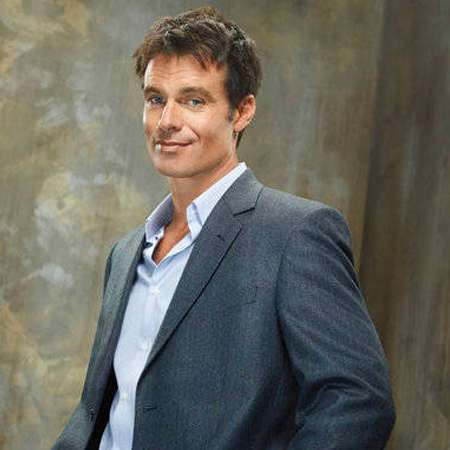 Patrick Muldoon is an American actor and musician, well known for his numerous appearance in movies. He was the first actor to portray Austin Reed on an NBC's daytime soap opera Days of Our Lives. He played the popular villain Richard Hart, on the prime-time soap opera Melrose Place. He is the lead singer and the guitarist for the rock band The Sleeping Masses.

Patrick Muldoon was born on 27 September 1968 in San Pedro, California, and raised as well. He is the son of Deanna who is a homemaker, and William Patrick Muldoon, a personal injury lawyer.

Muldoon is of Irish descent on his father's side and  Croation descent from his mother's side. He also has a sibling named Sahana Muldoon.

Muldoon joined Loyola High School which is a Jesuit school. He graduated in the year 1991 from the University of Southern California, where he was a member of the Sigma Chi fraternity and played tight end on the USC Trojans football team.

Patrick Muldoon's career began as an entertainment business as a model for Calvin Klein and started the esteemed Wilhelmina Modeling agency.

Patrick Muldoon also appeared in the popular teen television series "Saved by the Bell" in the year 1991. After that, he played the popular villain Richard Hart, on the prime-time soap opera Melrose Place from 1995-1996.

He was the only actor ever to have an exclusive development deal with Spelling Entertainment based on his daytime popularity.

Muldoon portrayed Edmund in the Pasty Rodenburg production of King Lear. In 2015, Muldoon produced and starred in the Badge of Honor starring Martin Sheen and Mena Suvari.

Besides his acting career, William Muldoon is also the lead singer and the guitarist for the rock band named The Sleeping Masses.

In 2010, they released their music video "The Women Is The Way" with the OceanFall Agency and began working with agent Leon Mitchell in the UK for The Sleeping Masses.

Patrick Muldoon's total net worth of $1.5 million, far enough to hold his luxurious living. He is an American actor and musician who has appeared in numerous movies. He has earned a decent amount of salary from his career.

He has appeared in several movies and TV shows including Spiders 3D, Last Will, The 7 Adventures of Sindbad, Repo, The Chaos Experiment, Noah's Ark: The New Beginning, Fatal Acquittal, Waiting for Superman, Ice Spiders, A Boyfriend for Christmas, Melrose Place, Days of Our Lives, and Silk Stalkings.

Patrick had a brief affair with Denise Richards in 1998; however, the couple got separated later.
After many years in 2012, Patrick and his previous girlfriend Denise were again spotted on a dinner date, remembering the old romance.

They were spotted at Madeo Restaurant in Beverly Hills and were arms in arms as they walked to the upmarket eatery.

As an insider told that the former lovers were dating again. However, Denise Richard has two daughters named Sam J Sheen and Lola Rose Sheen from her previous marriage which ended in divorce in November 2006.

Patrick is not married yet to enjoy his marital life with his wife. Moreover, his portrayal of a gay role on screen gets him to be speculated as a gay.