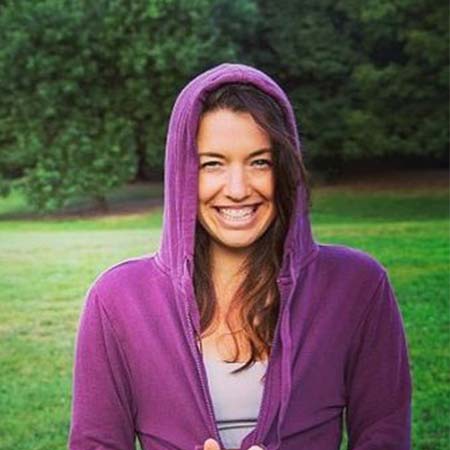 Survivor Series winner, Parvati Shallow is an American television personality and was the $1 million winner of the reality television series Survivor: Micronesia — Fans vs. Favorites.

Parvati was born on 21st September 1982 in Vero Beach, Florida, the U.S under the birth sign of Virgo. She holds an American nationality and belongs to a white ethnic group.

Her father Mike Shallow also appeared in a Survivor: the Cook Islands. She grew up along with her two siblings Kaelan Shallow and Sodash Shallow. Parvati moved to Atlanta at the age of 11.

She attended the University of Georgia for a Bachelor of Arts degree in journalism and also received the advanced certifications in both Hatha and Kundalini Yoga.

Shallow started competing in boxing in 2004. Some of the fellow boxers and Parvati created a nonprofit organization titled Knockouts for Girls, a charity that provides scholarship and boxing lessons for underprivileged girls.

Moreover, she finished the Nautica Malibu Sprint Triathlon and got scheduled to compete in the Wildflower Olympic Distance Triathlon at Lake San Antonio California.

Moreover, she also acted in some movies including action film Into the Blue 2: The Reef a sequel to Into the blue 2005 portraying as herself in the movie. Currently, she is busy being a yoga teacher and life & high-performance business coach.

T.V personality and Boxer Parvati Shallow's net worth is estimated to be $2 million. In addition, she received $1 million from the reality television series Survivor: Micronesia — Fans vs. Favorites.

The beautiful TV personality is happily married to now-husband John Fincher, a former contestant of Survivor series. The couple met in the show and eventually started dating.

Furthermore, the duo got engaged after three years of their relationship in January 2017 and finally shared their wedding vows in the same year on 16th July 2017.

Sucked into the baby vortex, it’s hard to remember who we were just a few short months ago. — Some days I feel like I’ve completely lost myself and others I’m so sure of who I’ve become — This dancing changing new reality is asking me to evolve, to uplevel, to show up with even greater presence and awareness — It’s a very big ask. And I’m very tired. — Grateful today for my friends and family who help me remember that it’s ok to go slow. And thanks for holding my baby — #newmom #workingmom #family @carilutzphotography

They share a child; a daughter born in July 2018. Her daughter's name is yet to be revealed.