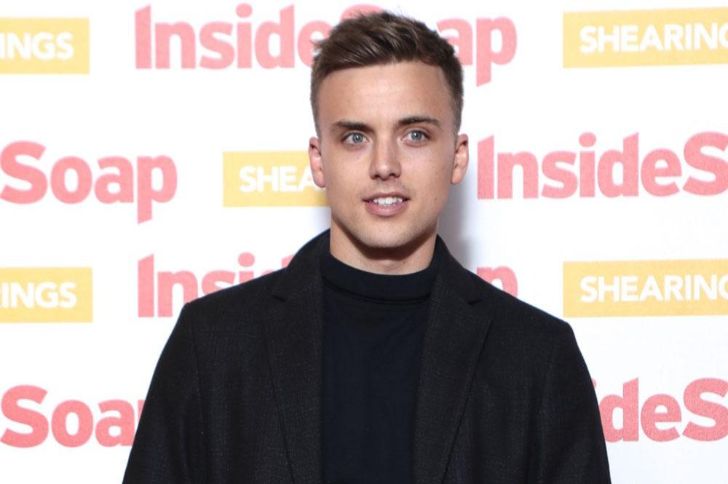 Famous for playing Harry Thompson in the TV series Hollyoaks Later (2013), Parry Glasspool is a British actor. Turned professional since 2010, Glasspool records 13 acting credits that include his on-screen ventures in How to Be Sexy (2014, short film), The Cutting Room (2015) & Four Wise Monkeys (2016).

What Is Parry Glasspool's Age and Height?

Born on March 5, 1992, in Redditch, Worcestershire, England, the UK, Glasspool is 28 years old in December 2020. An English by nationality, Parry was raised by Welsh mother and English father. He has a younger brother named Lloyd Glasspool, who is a tennis professional.

An attendant of Woodrush High School in Wythall, Glasspool studied drama at Stratford-upon-Avon College. Later, he enrolled at and graduated from Kingston College with a BA Honours in Acting for Stage and Media.

In 2010, Parry made TV debut through the short-film LoveBite but later focused on his studies before TV return 3 years later.

After weeks of graduation from Kingston College, the English actor was cast as Harry Thompson in Hollyoaks Later (2013, 5 episodes) starring Nick Pickard, Jeremy Edwards & John Pickard; it is a spin-off of Hollyoaks.

Then, in 2015, he landed in the Channel 4 series Hollyoaks and worked there until 2019, appearing in 319 episodes alongside Ashley Taylor Dawson, Kieron Richardson and Jennifer Metcalfe. 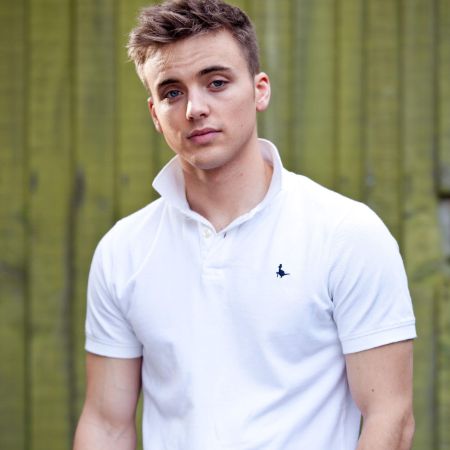 Furthermore, he worked in films such as The Cutting Room (2015), Four Wise Monkeys (2016) and Media Studies (2017), sharing the screen with Lucy-Jane Quinlan, Lydia Orange, Andrei Alen, and Sophie Brooke.

Is Engaged- Who Is Parry's Girlfriend?

Glasspool is in a sound relationship with his girlfriend-turned-fiancee Paije Love. Paije a hairstylist and owns a saloon named Love Hair & Beauty, that she features on her private Instagram account (@paijelove).

On July 11, 2020, Parry took to Instagram (@pazzyg1992) to announce his engagement with girlfriend Paije, and wrote "So it's a yes....I guess it's official, i aint never getting away!" featuring the duo hugging & flashing the ring. The engagement came after Parry Glasspool surprised Love as if they were set for the quiz when he turned moments romantic as he popped the question. 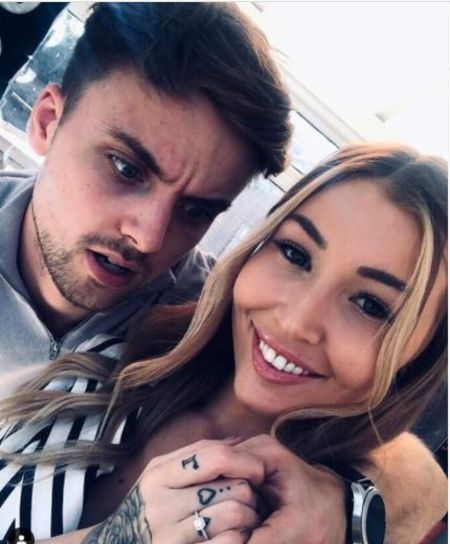 Although the couple is yet to disclose how their relationship began, they are allegedly dating since 2015. They do not share any children at the moment.

As of December 2020, Parry has an estimated $500,000 net worth- most of his earnings came through his acting venture. Professional for almost a decade, the English actor records 13 acting credits that include his career breakthrough from Hollyoaks.

At the moment, no update on Galsspool's upcoming on-screen works is out. But without a question, as he lands into new projects Parry's acting prominence is likely to shower him a huge fortune.