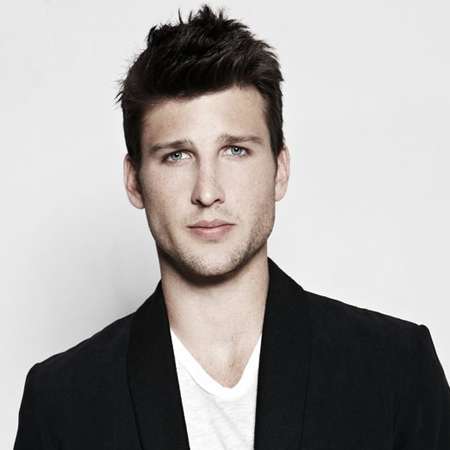 Parker Young is an American actor, best known for his role as Ryan Shay on the ABC American sitcom television series, Suburgatory and Randy Hill on the Fox sitcom Enlisted.

Parker is also known for his role as Richard on the Bravo series Imposters. He has also modeled for Calvin Klein and Tommy Hilfiger.

Parker Young was born on August 16, 1988, in Tucson, Arizona, U.S. He belongs to white ethnicity and holds an American nationality.

Young is the eldest three children of his parents, Zarina Young and Karl Young. He has one sister, Alexis Young, and brother, Nelson Young.

Young enrolled at the Catalina Foothills High School where he was football team captain. He also planned to study the Pepperdine University but couldn’t continue due to his engagement in acting.

Parker Young debuted with the movie Gingerdead Man 2: Passion of the Crust as Cornelius Entemann in 2008. During the year, she appeared in the American daytime soap opera, Days of Our Life as a Delivery man.

Parker Young is currently dating Stephanie Weber since 2012 and has already dated for five years. His girlfriend, Weber is an American Swimsuit model.

Suburgatory star Young even celebrated his 24th birthday together with his girlfriend, Weber in Chateau Night Club in Las Vegas on August 12, 2012, where Brit Morgan and six of his friends also appeared as the guest.

The couple also appeared together to celebrate the birthday of Rachel Harris in Beverly Hills, California on January 7, 2012. They often appear together on event and shows.

Besides, we can also see the photo of the couple on the display picture of Young’s Twitter. They are enjoying their love life at current.

The young and sexy actor is also very popular among his gay fans due to his looks and body figure.

Parker Young has two tattoos on his body. He likes to ride motorcycles and loves playing paintball.

Parker Young has earned huge amount of net worth from his acting career. However, his current net worth has not disclosed yet.  ?