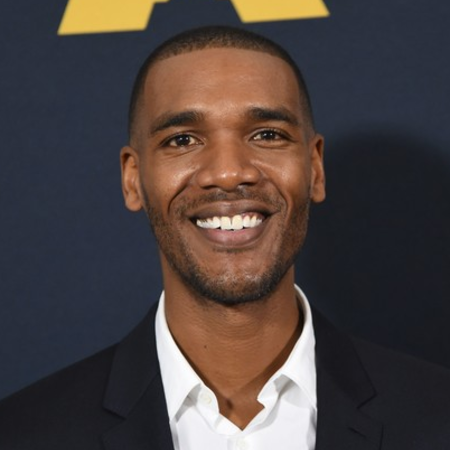 Parkers Sawyers is an American actor who is famous for portraying Barack Obama in the biographical romantic drama film Southside with You in 2016. Sawyers is also well-known as a co-pilot in the action-adventure film The Mummy. His other notable TV series are Pine Gap, Cheat, and Deep State.

Parker Sawyers was born in 1984 in Indianapolis, the United States of America. He is the son of James Sawyers and Paula Parker-Sawyers.

His father was a teacher, administrator, and a Vietnam war veteran while his mother was deputy mayor of Indianapolis from 1989 to 1991.

Parker is American by nationality and Afro-American by ethnicity. He attended Wabash College in Crawfordsville, Indiana.

Barack Obama in 'Southside with You'

Parker Sawyers made his acting debut as Deshawna in the comedy-crime drama Lilyhammerin 2012. That same year, he was cast in two TV shows Hyde Park on Hudson and Zero Dark Thirty.

In 2013, Sawyers starred in the action-adventure film Kick-Ass 2. The next year, he acted in numerous projects like Jack Ryan: Shadow Recruit, The Assets, and Monster: Dark Continent.

Parker played the lead role of Barack Obama in the biographical-drama film Southside with You in 2016 alongside Tika Sumpter and Vanessa Bell Calloway. 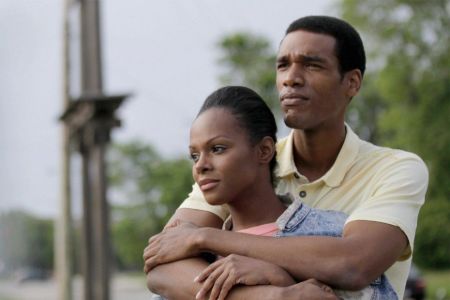 His other notable roles are in The Call Up, Snowden, and The Autopsy of Jane Doe. In 2017, he appeared in Alex Kurtzman's The Mummy.

Later in 2018, Sawyers made his appearance in the drama-mystery TV mini-series Pine Gap. In the same year, he was cast as Napier/Brandon Napier in the action-drama television series, Deep State. He starred on the show until 2019.

The 6 feet 4 inch-tall actor, Parker Sawyers has an estimated net worth of $1.2 million, as of January 2020. He earns a handsome sum of money, mostly from his profession as an actor.

Sawyers was featured in the 2017 action-adventure film The Mummy, which amassed a worldwide box office collection of $410 million against the budget of $195 million.

As for his salary, the American actor makes between $45k and $52k per annum, according to several sources.

The Mummy actor, Parker Sawyers, 36, is a married man. As per the report, he tied the knot with his partner Edita Ubartaite after dating for several months. The duo has welcomed two children, daughter Sophia Sawyers and son Winston Sawyers. 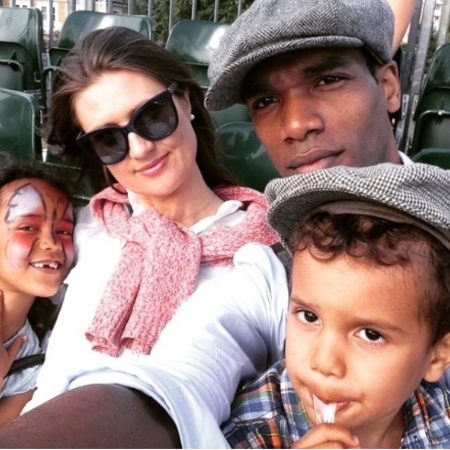 Parker Sawyers with his wife and children SOURCE: Instagram

On June 7, 2015, he shared a picture featuring himself with his wife and children on his Instagram account. As of now, the family of four happily resides in London, England.