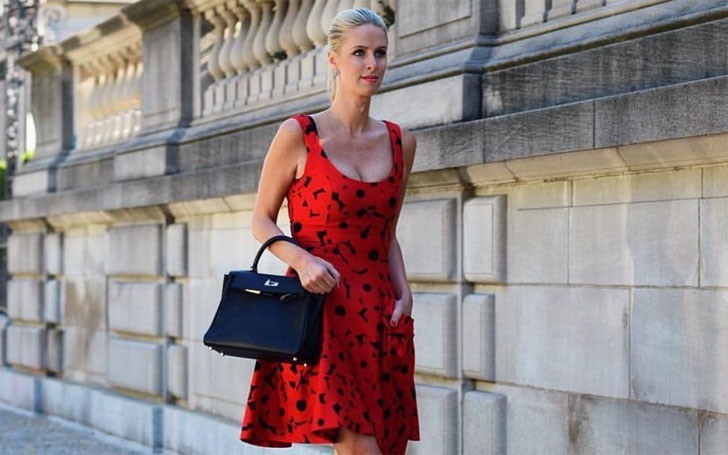 Nicky Hilton and her husband James Rothschild are expecting their second child together, it’s confirmed. The famous American fashion designer and model Nicky is pregnant with their second child- after a year later the couple welcomed their first child.

The Hollywood couple is quite happy with their relationship and is delighted to have another member in their happy family. Their one-year-old daughter Lily Grace Victoria will soon have a new sibling. We are guessing, she's delighted as well.

A source close to the couple told US Weekly:

The couple is thrilled about the new addition to their family.

The couple hasn’t disclosed about the pregnancy yet but it’s a confirmed news as their rep has addressed it.

Well, July appears to be a lucky month for the married couple. They two were married at Kensington Palace in July 2015, they had their first baby after a year in July 2016 and now in 2017 July, it has come to light that they’re going to be parents for the second time. Could they have planned it all? Hardly think so.

After the news of Nicky’s pregnancy nearly broke the internet, the American diva was seen fascinated with a children’s clothing brand, she shared a post on Instagram on 9th of July which she captioned:

So in love with the English children's brand

Last week, Hilton was spotted at the Valentino Haute Couture Show in Paris where her growing baby bump was clearly visible.

Nicky is pretty close to her big sister Paris Hilton who surprised her with a beautiful baby shower at the Waldorf Astoria Hotel during her first pregnancy. And the sisters are spotted celebrating this time too.

We can see Nicky and Paris having fun together in various places on her Instagram picture. Both the sisters attended the 21st birthday party of Princess Olympia of Greece on July 2.

As per some online sources, the Hilton hotel heiress is more than three months pregnant, however, they haven’t mentioned the due date yet.

Nicky Hilton is currently married to James Rothschild for two years.The lovebirds tied the knot at Kensington Palace in London on 10th July 2015.

After spending three years together, they got engaged in August 2014. As per some online sources, the Hilton hotel heiress said yes to her banker beau who proposed her in Lake Como, Italy. “They are both really excited and incredibly happy,” an insider told the US Weekly.

Nicky married her childhood friend Meister in Las Vegas, Nevada on August 15, 2004. Unfortunately, their  their marriage was annulled in just  three months