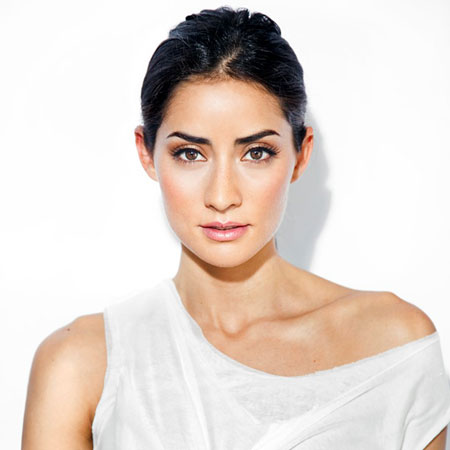 Paola Nunez is a Mexican actress as well as producer who has maintained a successful career in the film industry. Her mesmerizing work includes movies such as Amor en custodia, Reina de corazones, and El Mas Buscado.

Mexican actor Rodolfo Valdes is the current fiancé of the gorgeous actress.

Paola Nunez was born as Paola Nunez Rivas on 8th April 1985 in Tecate, Baja California, Mexico. She belongs to white ethnicity and holds a Mexican nationality.

Nunez had a keen interest in acting during her childhood. She then graduated from the acting school CEFAC TV Azteca. She started performing in theater at the very young age of 12.

Paola Nunez began her acting career professionally at the age of 16. Her breakthrough role was as Barbara Bazterrica in Amor en custodia, a Mexican movie. She also featured in various national magazines including GQ in Mexico.

In the year 2007, Nunez joined the cause of Greenpeace, a movement to raise public awareness about global warming.

Nunez continued her acting career with an appearance in the play Cinco Mujeres usando el Mismo vestido in 2010.

She also cast in a villainous role in the miniseries Cien Anos de Perdon, a co-production of FIC Latin America and Teleantioquia through FoxTele-Colombia along with Ana Claudia Talancon and Manolo Cardona.

Afterward, Nunez starred in Reina de Corazones featuring Laura Flores and Eugenio Siller as the protagonist character and Juan Soler and Catherine Siachoque as an antagonist one.

The famous actress Paola dated the actor Diego Luna in past. The couple started dating in 2006, however, their relationship ended without any reasons known.

Later in 2010, Nunez was in a romantic relationship with the racing driver Fernando Alonso. The couple could only remain in the relationship for a short time only

Coming to the year 2013, Nunez got engaged to her new boyfriend Rodolfo Valdes, a Mexican actor. The couple is still in a good relationship and might be planning for their marriage. They are also connected with their fans well on the social media and share their beautiful photos frequently.

The 32-year-old actress Nunez earned a decent amount of salary from her career as an actress as well as a producer. However, the factual information regarding her net worth is not disclosed yet.