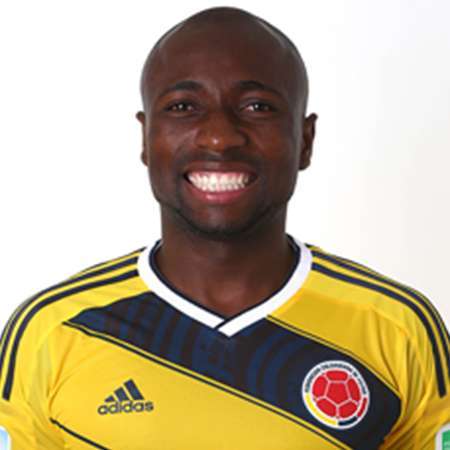 Pablo Armero is a left back defender from the Nation Colombia. He is mostly seen in squad number 27/ 7 but rarely in No.33. He was affiliated to the club Napoli ( ITA) and the current team of his involvement is West Ham United (loan).  His height is 174cm( 5 ft 9 in) while the weight: 79kg.

Pablo Armero was born on Tumaco, Colombia in 02/11/1986 and currently he is 27 years of age.  There is not much information about the spouse and the children of the Armero.

During the starting of the football career, he was loaned to Palmeiras after helping América de Cali win their 13th championship and great performance with Colombia. At that time his agent was Turbo Sports and the registration rights through Poços de Caldas.

As Armero was signed in early 2009, he was the first choice for Palmeiras left-back position. Armero helped Palmeiras reach the São Paulo State Championship semi-finals before losing to Santos FC during the end of the games.

After some games his only goal for Palmeiras came in a 4–1 win against Náutico in July 2009 and this helped him to be outstanding and his life started to get brighter. Then Pablo Estifer Armero joined the Italian Serie A side Parma in July 2010, but the deal collapsed on 3 July.

On 28 August 2010, Armero was signed with Udinese. He played as a left wingback ahead Giovanni Pasquale in Udinese's 3–5–2 formation (or a 5–3–2 formation). During that season Udinese finished fourth and returned to the UEFA Champions League.

But suddenly as the team changed tactics, and Armero started playing as a left-sided wingback in its 4–4–1–1 formation, with new-signing Neuton playing new left-back.

His successful Serie A debut and following his appearances in European football, Armero was selected into the Serie A Team of the Year for the next season 2010-11.

Armero joined Napoli on loan on 9 January 2013, until the end of the season, with the condition to make a permanent switch in the summer. Most of the time made his appearances coming off the bench for the remainder of the 2012–13 season. It was during the 2013 summer transfer window, Napoli made the permanent move for a reported €4 million.

He plays five league games for West Ham until his loan ended and on 31 January 2014, Armero completed his loan move to West Ham United for until the end of the season.

He is noticed for his speed and crossing abilities and played many matches. Armero has played for the Colombian under 17 teams in the 2003 World Cup and Armero was then promoted to the senior team in 2008 for his form with América de Cali.

Pablo Armero was an integral member of Colombia's 2014 FIFA World Cup qualifying campaign, starting 14 of his country's 16 matches as they finished as runners-up to Argentina.

Pablo Armero made an international goal on 22nd March 2013 against Bolivia in 2014 World Cup Qualifier. He has received his first cap in Colombia's 5–2 win over Venezuela and has won the spot of starting left-back for the national team. In March 2013, he has scored his first goal for Colombia for a 5-0 victory over Bolivia.

Pablo Armero is married to Maria Bazan and blessed with two sons. One of his son's name is Brando David Armero. He found himself in big trouble when Armero was arrested for beating his wife while they were vacationing in Miami.

Armero's wife refused to have sex with him while they were residing in Hotel Metropolitan in Miami Beach. and paid $ 1500 as a bailment fee. He spent two days in prison.