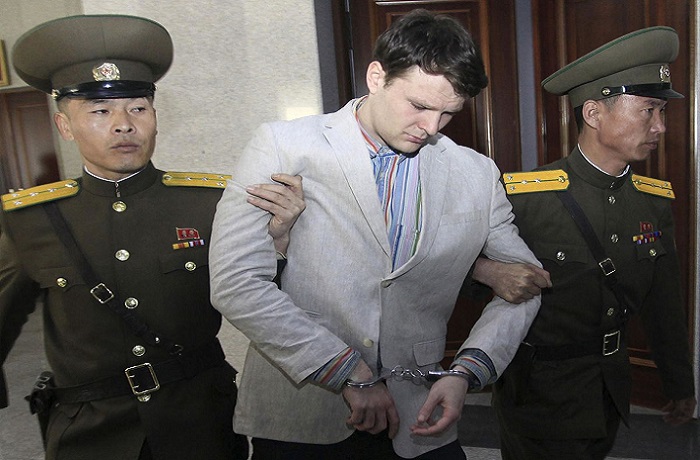 Otto Warmbier was sentenced to 15 years of hard labor under captivity in North Korea after proven guilty of trying to steal a propaganda poster. After being released and sent to his home Ohio last week, Warmbier family released a statement of his death.

"It is our sad duty to report that our son, Otto Warmbier, has completed his journey home. Surrounded by his loving family, Otto died today at 2:20pm,"

While North Korea blamed botulism, a rare condition that prompts paralysis for Warmbier death, saying he contracted it after his March 2016 trial, US doctors dispute the accounts.

Warmbeir’s father who has blamed the past administration, especially Barack Obama for not doing enough to release his son, blamed the death of his son on North Korea’s Tortortuors methods just as the sitting president Donald Trump has.

"The awful torturous mistreatment our son received at the hands of the North Koreans ensured that no other outcome was possible beyond the sad one we experienced today."

"To prevent such tragedies from befalling innocent people at the hands of regimes that do not respect the rule of law or basic human decency".

However, prior to his, President DonaldTrump has openly praised the North Korean Dictator Kim Jong Un. He's on record said:

‘’if you look at North Korea, this guy, this ma…I mean this guy is a maniac alright, and you gotta give him credit. How many young guys when he was like 26 or 25 when his father died take over this tough generals, it is pretty amazing.’’

However, doctors in the U.S, based on scans, confirmed that there were no signs indicating any physical abuse during Warmbier’s detentions.

Doctors said that Warmbier died due to respiratory arrest, lack of blood and oxygen in the brain.

After the release of Otto Warmbier, father Fred held a press conference wearing his son's jacket and expressed his joy at his son's return. He said:

Fred Warmbeir wearing his son's jacket, the same he was wearing while arrested

''I knelt down by his side and hugged him. And I told him I missed him and I was so glad he made it home. These things are tough to process but he is with us and are trying to make him comfortable. We want to be a part of his life.''

Unfortunately, Otto Warmbier died shortly after being taken to his home state Ohio.

Who was Otto Warmbier and how did he get to North Korea?

Warmbier was an economics student at the University of Virgina. He was traveling to North Korea as a tourist with the China-based tour group Yong Pioneer Tours when he was arrested on 2nd January 2016. The group released a statement saying

"The way his detention was handled was appalling and a tragedy like this must never be repeated.’’

The tour group has also announced that it will no longer take US tourists to North Korea.

North Korea said it had released Warmbier on ‘’humanitarian grounds’’ when it did so on June 13, 2017.