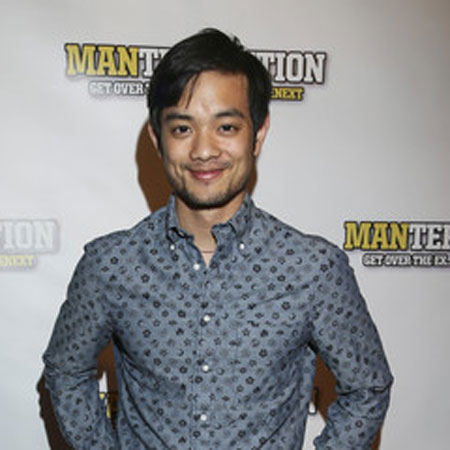 Osric Chau is a Canadian martial artist and actor, well recognized for his portrayal as Kevil Tran in the CW series Supernatural. He currently filming Skate God with Ryan Cooper, Chloe Bridges, Luke Benward, Lolita Davidovich and other stars.

Osric Chau was born on 20 July 1986 in Vancouver, British Columbia. His father was from Hongkong and mother from Malaysia. He also has a younger brother named Owen.

In the year 2000, Chau took up Wing Chun and kept on studying the martial art for eight years. Chau also studied tai chi and traditional forms of wushu under Zhang Zhi Bing who is a master from Harbin, China.

He has a mixed ethnicity of Hong Kong and Malaysia and holds Canadian nationality.

Osric Chau always wanted to be a stuntman instead being an actor. His career began when he worked on stunts for EA Games before his appearance in his first major role opposite David Carradine and Daryl Hannah in two-part TV movie Kung Fu Killer.

Later, Chau, went on to make his first feature film as a supporting character in 2009 movie called 2012. After this film, Chau became more popular through his recurring role as Kevin Tran in CW fantasy series Supernatural.

Moreover, some of his traditional Kung Fu movies are Dragon Boys, Kung Fu Killer, The Man With The Iron Fist.

Osric Chau has maintained his life low profiled. He has not disclosed about his personal affairs, so that he may be single. He might be dating his girlfriend in secret. As per his twitter, he wishes to have a blessed married life with a wife and three children.

Lots of his fans a s sume that he is gay; however, it's just a fake rumor.

Osric Chau one of the most famous martial artist has a good amount of net worth as he earns through movies, series, and videos.
Currently, his total net worth is estimated to be $500 thousand.