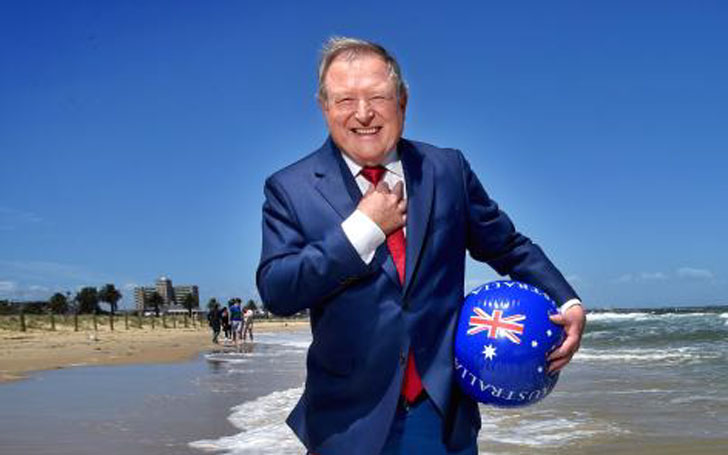 Renowned Melbourne newsreader Peter Hitchener made it to the headlines back in 2008 after he revealed his sexual orientation i.e he came out as gay. The top rating anchor Hitchener is also the chief news presenter for bulletin Nine News of GTV-9 since 1998.

Everyone is familiar with Hitchener's professional life but many of his fans are also curious about his personal life. Unlike other openly gay celebrities, has Hitchener disclosed his love life? Is he dating anyone? Or is he already married? We have all answers here.

Is Peter Hitchener Married? Or he is dating someone?

Television personality Peter Hitchener is openly gay. The journalist made the announcement in April 2008 through an article in the Herald Sun. Hitchener is 71 but he hasn’t come open about his love life and confirmed about his relationships.

Going through his social media, we can see he is quite active on his Instagram. He loves sharing about his professional life, friends, and vacations but there are no any hints about his love affairs.

May be he is single. Or may be he is already secretly married and he doesn't want to talk about his personal life. Even though this is the 21st century there are still plenty of people who are prejudiced about a 71-year-old gay news anchor.

Observing Hitchener's Instagram's post, we can see he is an animal lover. He frequently posts cute pictures of dogs and looking at those pictures, he really loves dogs.

Earlier this year, Channel 9 newsreader revealed that he was sent several death threats by a stalker. He also claimed that the stalker blamed him for losing his job. According to a source, Hitchener made a revelation that the stalker harassed him for months through Twitter. Months after the regular torture, the stalker showed up at Channel 9's studios and that was when Hitchener finally called the police for help. Tony Pereira who is the former employee at rival Channel 7 was alleged to be the stalker and he was arrested by the police at his home in Melbourne. Pereira posted several tweets which were alleged to be threats to Hitchener but the tweets are deleted by now.

Pereira was charged with stalking and using a carriage service to harass and threat. It was also speculated that he used many Twitter accounts to stalk and harass the top rating anchor.