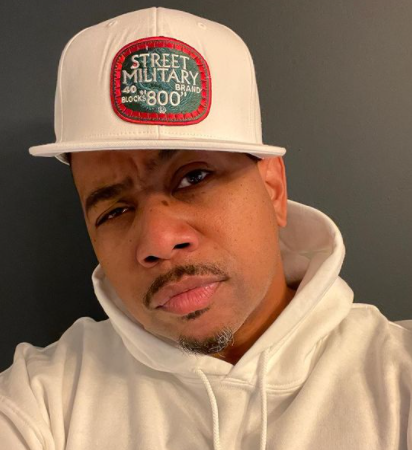 Omar Gooding is an American actor and rapper best known for his appearance in movies like The Gospel and The Ernest Green Story. Gooding gained worldwide fame after his role in the comedy film Ghost Dad portraying the role of Stuart.

Omar Miles Gooding Sr was born on October 19, 1976, in California, United States. As of writing, the comedian stands tall at 6 feet and ages 45 years old.

He was raised alongside his brother Cuba Gooding Jr, Tommy Gooding, and has a sister April Gooding. He was born to his parents, Cuba Gooding Sr., singer, and his mother, Shirley Gooding.

Moving towards his academics, he did his schooling at North Hollywood High School and graduated there in 1994.

Man Of All Seasons: Actor and Rapper

Hangin with Mr. Cooper's star, Omar started his career at the age of fourteen. He made his debut with the movie Ghost Dad, portraying the role of Stuart. Just after two years, in 1992, he got his breakthrough and was signed as the main actor of the sitcom Hangin with Mr.Cooper.

The 45-year-old appeared in the role of Earvin Rodman and played it for five seasons of the sitcom. Later in 1997, he appeared in the TV show titled Smart Guy, portraying the role of Morris. Omar got another big break in 2001 when he was cast as the second lead in the film 'Baby Boy.' He played 'Sweetpea,' the best friend of the main character, 'Jody.'

Omar Gooding has amassed a tremendous fortune from his career, along with name, fame, and success. As of 2021, Omar's net worth hasn't been disclosed yet. However, it is believed to be at around $2 million as per Celebrity Net Worth. The significant source of his revenue is through his successful career as an Actor. 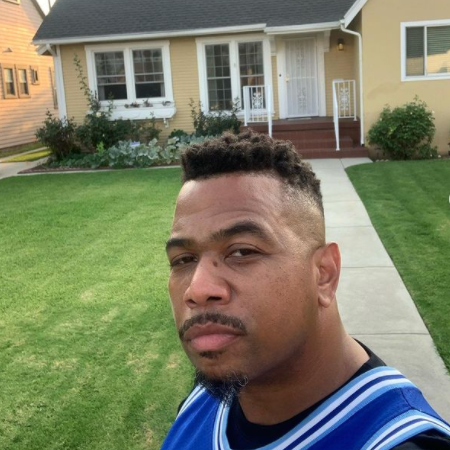 CAPTION: Omar Gooding's net worth is estimated at around $5 million SOURCE: Instagram:@omargooding

Omar has been working in this industry for more than two decades, resulting in he has appearing in numerous Tv shows and Movies. The majority of his movies have smashed box office and have done great. Here are some of his movie picks: Baby Boy( $29.38 million), Ghost Dad ($25 million), and The Gospel ($15.8 million).

Is Omar Gooding Married? Who Are His Children's?

The 45-year-old actor Omar is married to Mia Vogel. Information about the couple's relationship history is yet not revealed. The details about their wedding are also kept under the wrap.

Together, the couple is blessed with two children. One of their kids is Omar Dari Gooding Jr while the other child's identity is not revealed yet. Also, the California native has a son Bradley Gooding from his previous relationships. However, detailed information has not come into the limelight. 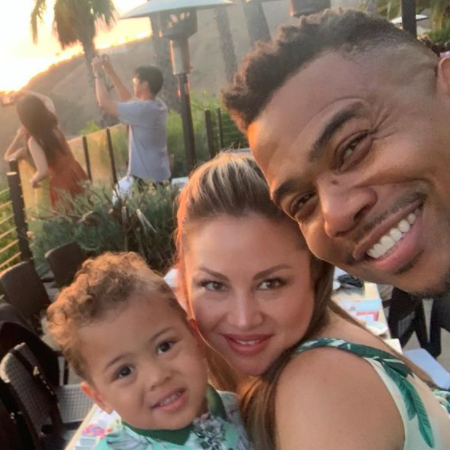 CAPTION: Omar Gooding with his wife Mia Vogel and his daughter SOURCE: Instagram:@omargooding

Previously, Gooding was in a long-term relationship with Angell Conwell, the American actress. They began dating in 2001 and were madly in love. Unfortunately, the duo separated in 2006 after dating for over four years due to personal issues.