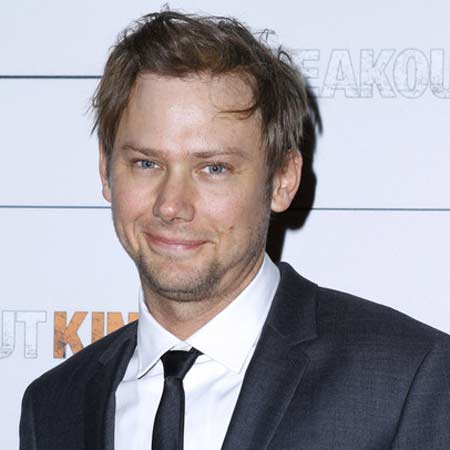 Famous for his psychopathic and what Hollywood audiences refer to as A-hole roles, the New Jersey native Jimmi Simpson is one of the most versatile actors of the present generation. From creepy bathrobe wearing Liam Mc Poyle in It's Always Sunny in Philadelphia to guinea pig loving computer hacker in House of Cards, Simpson says that his New Jersey neighborhood inspired him to play such roles.  Since he made feature film debut from Loser, he has played over 25 movies and has appeared on almost 27 Television series. Currently, he is involved with the famous futuristic series "West World" portraying the role of William.

Simpson was married to Two and a Half Men actress Melanie Lynskey but the pair divorced in 2014. Though separated the pair still exchange messages on Twitter and are still friends.

Jimmi Simpson was born James Raymond Simpson on November 21, 1975, in Haccketson, New Jersey, United States of America.  Jimmi is the youngest of the three brothers and his parents always supported his acting career which included a move from New Jersey to New York in order to focus on theatrical roles. Most of his school years were spent in theatres. He then attended Bloomsburg University and graduated with a degree in theatres.  After graduation, he worked at a theater in Flatrock playhouse. He also spent his early acting days performing in Williamston theater festival in Masachhuttes where he met fellow actors Charlie Day and Sterling K.Brown. 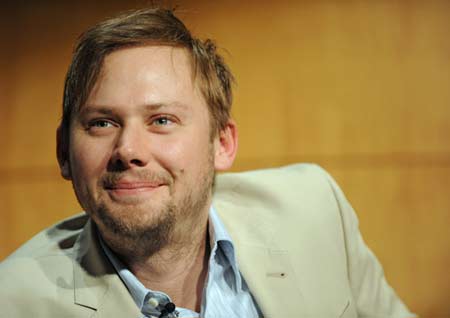 He and Charlie began living together in New York City during the late 90s. In 1998 he starred as Omar in the Blue Demon in Williamston theater. In 1999 he starred in two plays, Camino Real and Quark Victory.

Simpson made his movie debut from the teen comedy Loser in 2000. Due to his performance in Loser, he was selected for various roles in numerous TV shows including Rose Red, 24, NYPD Blue and Cold case. He was also included in various other notable movies during the early 2000s including Herbie: Fully Loaded, Seraphim Falls and also in David Finch's critically acclaimed Zodiac.

In 2008 Simpson made his Broadway debut with Farnsworth Invention in which he portrayed the character, Philo Farnsworth. He had earlier refused the role in Die Hard movie to act in Farnsworth Invention which went on to be a good choice as he won Theater World Award for his performance in the movie. In late 2000s Simpson appeared as guest star on The Late Show with David Letterman. He also made cameo appearances in CSI: Crime Scene Investigation, My Name is Earl, House, Psych, It is Always Sunny in Philadelphia and Breakout Kings. He also appeared in supporting roles in several movies including Invention of Lying and Date Night. 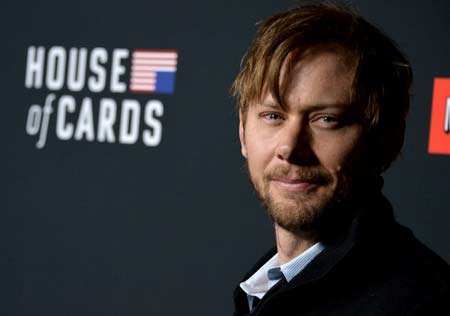 One of the most notable roles of Simpson came in Television series House of Cards(2014-15) as Gavin Orsay. For House of cards, he along with the crew members was nominated for Screen Actors Guild Award for Outstanding Performance by an Ensemble in a Drama Series twice. In the year 2016, he played a major role in HBO's series Westworld based on the futuristic world.

Jimmi Simpson's Net Worth And Salary

The estimated net worth of Simpson is $6 million. His primary source of income is acting. From the series Westworld he makes approx. $175,000 per episode.  From his endorsements, it is estimated that he earns almost $53,000. He also has a mansion in Los Angeles.

Until 2014 Simpson was married to New Zealand actress Melanie Lynskey. The pair met during the shooting of TV series Rose Red in 2001. After four years of romance, the couple got engaged on 2005 and married on April 14, 2007. But the relation could not last long and Lynskey filled a divorce on September 25, 2012. The divorce was finalized on May 23, 2014. Despite being divorced the pair have a healthy friendship. Some sources have reported that Simpson is dating Canadian actress Serinda Swan which is yet to be confirmed by both the parties.

Simpson currently lives in Los Angeles. During his childhood days, he loved skateboarding.

Check out a video where Simpson shares his views about playing creepy characters in The Late Night with Seth Meyers.