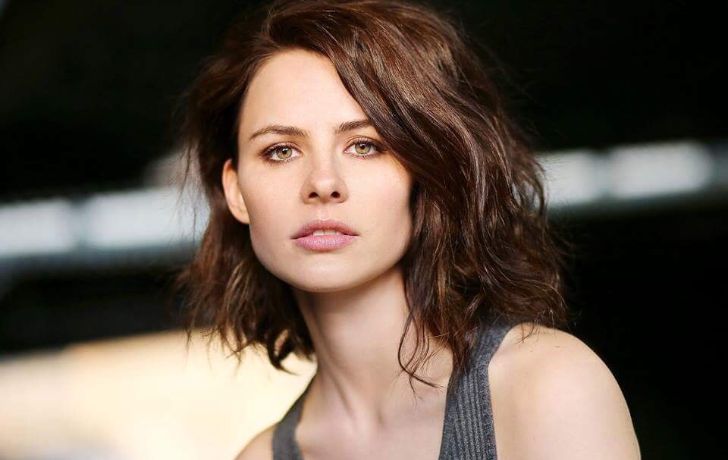 Olivia Chenery, an English-born actress is best known for portraying the late monarch Mary Stuart (Mary, Queen of Scots) in the TV mini-series Queens (2016-2017). Turned professional in 2008, Chenery started acting career through the short film Flushed (2008) and has appeared in TV series: Family Tree (2013), Penny Dreadful (2015), and Bulletproof (2020). Her film appearances include roles in Brotherhood, Playing Dead, and 10x10.

Olivia was born on March 11, 1989, in England, to English parents. Her father Julian Chenery is a writer,  actor, and theatre director/producer. She holds British nationality and is of white ethnicity.

In 2016, the English actress got her major career breakthrough after playing late monarch Mary Stuart in the TV mini-series Queens (2016- 2017, 6 episodes)starring Rebecca Scott, Matt McClure, and Harry Jarvis. Moreover, that year, she shared the screen with Noel Clarke and Arnold Oceng in the crime-drama thriller Brotherhood.

Olivia's acting career began with TV debut in 2008 in a short film Flushed and then worked in Penguin (2011, short film) and Descubriendo 'Reinas' (2012, TV doc u mentary). In 2013, she portrayed Princess ('The Plantagenets') in the TV series Family Tree starring Chris O'Dowd, Tom Bennett, and Nina Conti.

Later, Olivia worked in the film The Anomaly (2014) that followed her stints at The Interceptor (2015, TV Mini-Series) and in the 2015 comedy-drama movie Legacy. The same year, Chenery was cast Witch #2 in 9 episodes of the TV series Penny Dreadful featuring Reeve Carney, Timothy Dalton, Eva Green, and Rory Kinnear.

As per IMDB, the actress will star as Mia in the thriller film Brawl; the storyline is about a girl who joins an illegal fight club, who is later forced to fight with life on the line to reach the top in order to escape. The film has a £1 million budget & stars Pooja Shah, Amy Tyger, and Monika Miles.

Chenery Is Married, Who Is Her Husband?

The Queens actress is happily married and enjoys a blissful relationship with her husband Chris Grierson. According to his Instagram bio (@chrisgriogrierson), Grierson works as a presenter and producer at Crystal Palace F.C.

Olivia and Chirs first met via Twitter and began dating in 2012. Following nearly 7 years of relationship, the duo exchanged vows in July 2019. They are barely behind to show their love and appreciation to each other on social media platforms like Instagram.

Currently, the couple lives in London, the UK, and is yet to share children.

What Is Olivia Chenery's Net Worth?

With the acting career of over a decade, Chenery records 15 acting credits & has indeed gathered considerable sum through appearances in Brotherhood, Queens, and Bulletproof. Online sources estimate Olivia's net worth to be $150,000 in September 2020.