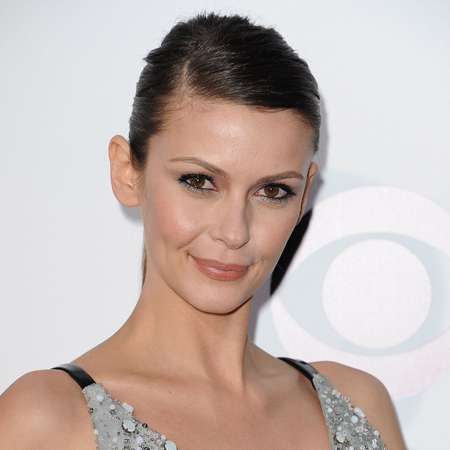 Olga Fonda is a model and actress who is active in the acting industry since 2005. Her dream of being model came true when she was on the vacation in Los Angeles.

Since then she has been modeling in Japan, Italy, and the United States. Apart from her modeling career, she is also actively involved in the acting field; she has done many films like Love hurts, Little Fockers, Captain Fork, Real Steel, The Twilight Saga: Breaking Dawn- Part 1, and Olvidados.

Olga Fonda was born on 1 October 1982 and is a Siberian native who lived in Ukhta. Olga, at the age of 14, she moved to the United States of America in Maine as an exchange student.

She attended Winthrop High School from 1996 to 1997 and after a certain time, she returned to attend the University of Maine at Augusta.

Olga Fonda's long-term ambition was to be a model and she pursued her dream when she went on vacation in Los Angeles, California.  Olga has been modeling since 2007 in Japan, Italy, and the United States.

She has appeared in various television series including How I Met Your Mother, Nip/Tuck, and Melrose Place and Entourage.  She has also played the role of Owen Wilson's girlfriend in a non-speaking role in Little Fockers.

Olga Fonda appeared in various movies like Little Fockers in 2010 as Svetlana, Love in 2011 as Russian girl, Captain Fork in 2011 as Samantha, Real Steel in 2011 as Farra Lemkova, The Twilight Saga: Breaking Dawn- Part 1 as Valentina and Olvidados in 2013 as Lisa.

In 2016, she appeared in an episode of Hawaii Five-0. She is currently engaged with new TV series Altered Carbon which will air in 2018.

Olga Fonda is currently unmarried. Fonda has been engaged to Liam White for two years. They started dating from 2011 and were engaged in January 2014. However, they have not revealed their wedding plan. Previously, she was married Michael Fundaminski from 2000-2008.

Olga Fonda is not only good for her acting and modeling career but is also trained in the martial arts like Karate, sword-fighting, motocross, snowboarding, and so on.

Olga’s current net worth is not revealed. She earns a huge amount of money from her film and TV series. in 2011, she appeared in the film first part of The Twilight Saga: Breaking Dawn which collected $712.2 million at the Box Office.