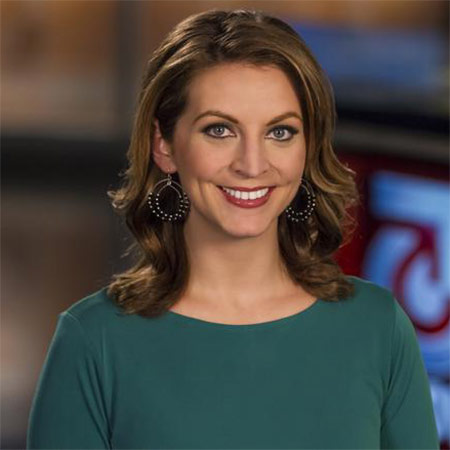 Olessa Stepanova is an American traffic reporter working for NewsCenter 5’s EyeOpener Newscasts. Similarly, she has worked for WFSB-TV, News12, NY1, Time Warner Cable’s 24-hour news channel in New York, and so on. Balancing personal life and professional career, Olessa has gathered a high figure of net worth.

Olessa Stepanova was born on 24 January 1982 the Tashkent, Uzbekistan. She later immigrated to the United States with her parents, grandparents, and sibling brother. She was just eight years of age when she moved to the USA. Similarly, in 1998, she moved from Queens, New York to Long Island. She is of American nationality and belongs to the white ethnicity.

Olessa Stepanova attended Plainview-Old Bethpage J.F.K high school and graduated in 2002 with high honors. She even received a scholarship to attend C.W. Post, Long Island University and majored in Broadcast Journalism. Olessa graduated with distinction and received the honor of being a member of the Phi Theta Kappa International Honor Society.

After graduation, Olessa Stepanova began working for News12 Traffic and Weather as a traffic reporter. She later joined the evening newscast at News Traffic Team and News12 Long Island where she was an on-air reporter covering all five boroughs of New York City and Westchester.

Olessa Stepanova started her broadcasting profession as a traffic reporter for News12 Traffic and Weather, a cable-exclusive service serving seven regions of the New York tri-state area. From there, she moved to News12 Long Island, where Stepanova covered traffic in the studio and also from high above Long Island in a helicopter.

Olessa Stepanova went Boston from the CBS affiliate in Hartford, Connecticut, WFSB-TV. She has served as a morning traffic reporter on WFSB’s Eyewitness ‘News this Morning’ for three years.

She was also a fill-in anchor and fill-in co-host for 'Better Connecticut,' which was a local show that focuses on family, home, and other lifestyle topics.

Olessa, who has worked in numerous television channels, has definitely earned a high figure of salary and net worth. Though Olessa has not disclosed the exact figure of net worth, sources have assumed that her net worth might be in around $400 thousand.

Olessa Stepanova has always tried to keep her personal life away from the media. She is engaged to now-husband Joseph Bocelli in February 2016. Olessa was so excited after her engagement that she even shared the video where Joseph proposed to her to be his wife.

There are sources confirming that the pair has tied the knot in December 2016. It has been over two years since the couple got married and is still leading a blissful married life. The pair has never been on headlines for divorce or separation issues.

Olessa has not opened up about her body measurements including her height, weight, and body build.