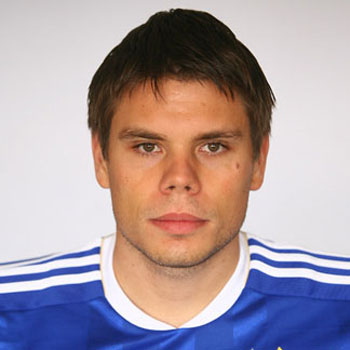 Ognjen Vukojevic is a retires Croatian footballer who played as a defensive midfielder. As of 2018, he is working as a scout for Dynamo Kyiv in Balkan countries. A Croatian midfielder, Ognjen Vukojevic, has the Date of Birth 1983 December 20 at Bjelovar, Croatia. The 30-year-old young player owns the height of 183 cm and Body weight of 76 Kg. Bozidar Vukojevic is the name of his father. Ongjen was born and brought up in Croatia. He is the national of Croatia. He has finished his education from his native school. There is no any disclosed information on the personal matters of this player so far which includes his relation status. However, there is speculation that he has a girlfriend.  He seems very focused on her career.

Ongjen Vukojevic has the interest of playing football from the kinder age. He started his youth career from Mladost Zdralovi and later moving to Bjelovar. Since 2001, Ongjen debut in the professional career from the same team Bjelovar. He played in 7 matches from the team till 2003. Afterward, he made a move to Slaven Belupo in 2003 appearing in 53 games with 5 goal scores. In 2005, Ongjen joined with the Belgian club Lierse in 2005. He did not get much chance to play in the matches from this team so he packed his bags and returned to his country.

In 2006, he joined the Croatian Club Dinamo Zagreb from where he appeared in 66 matches bagging 11 goals for the team. He had successful seasons in the Dinamo Zagreb. During his time at this club, Dinamo Zagreb won two Croatian Cup titles. Later in 2008, Ognjen Vukojevic signed five year contract with Ukrainian Club Dynamo Kyiv. He was loaned to Russian Club Spartak Moscow for the 2012/2013 seasons.

Dynamo Kyiv elongated his contract till 2015 after the expiry of the previous five-year contract. He is in the Current Team of Ukranian Premier Liga Club Dynamo Kyiv playing from the squad No.5. He is playing for the National Football Team of Croatia since 2007. He has appeared in 54 matches scoring 4 goals.

Ongjen Vukojevic is a right footed player. He plays from the position of Midfielder but a defensive one. He is a defense line in the midfield of the pitch. There is no disclosed record on the salary of this player. However, Ongjen Vukojevic has the market value of 5.000.000 Euros. ASA International is the agent to this Croatian Midfielder.

Ongjen Vukojevic is disciplined while it comes to show his skills in the pitch. He has good tackling skills so he dives into tackles. He has outstanding marking, sliding and standing tackle skills while it comes to defense. He has got good speed and stamina in the game keeping his durability and strength in the game.

He has good control over the ball and goes for the shots if got opportunity. Ongjen Vukojevic has some aggressive features. He has a good teamwork. He is skilled in short passes with excellent kicking power. Ongjen Vukojevic is lining up in the central midfield as a defensive midfielder from the Croatian Team in 2014 FIFA World cup.