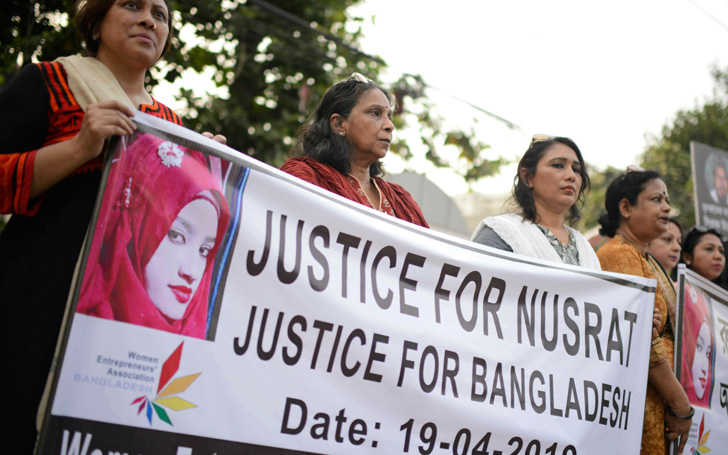 A Bangladeshi teen, Nusrat Jahan Rafi, who died after being set alight at her school, has finally got justice! A court in southern Bangladesh sentenced 16 people, who were involved in the brutal murder of the 19-year-old in April 2019.

The list of convicted also included the headmaster, whom Nusrat had accused of sexual harassment, and two of her female classmates who took her to the spot where she was set on fire.

The murder triggered a series of protests demanding justice for Nusrat across the country due to which authorities put the defendants on trial and conclude the case quickly. Prosecutor Hafez said after Monday's (21st October) court session that the case proved "nobody will get away with murder in Bangladesh." 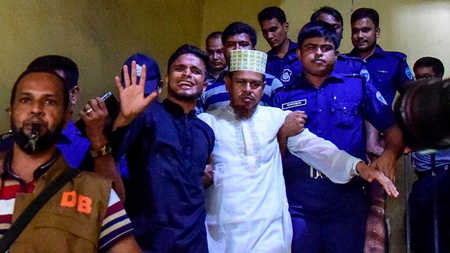 The case concluded just in six months, where such cases take years to complete in Bangladesh, which has indeed soothe Nusrat's mother's agony.

I believe the evidence against my client was not properly scrutinized.

Meanwhile, Nusrat's brother, Mahmudul Hasan Noman, told the family had never imagined justice would be ensured so fast. He further said he and his family wanted to express their gratitude to the Prime Minister, Sheikh Hasina, directly in person.

Mrs. Hasina had publicly pledged that none of the culprits would be spared after the heinous murder back in April.

How The Crime Unfolded?

In late March 2019, Nusrat filed a case in a local police station, accusing her school's principal of sexual misdemeanor. She said in her complaint that she was called at Mr. Doula's desk, where he touched her inappropriately time and again.

In spite of helping Nusrat, the police officer in charge filmed her on his cellphone as she unfolded her ordeal. Moreover, the officer also leaked the video on social media. Nusrat can be seen feeling uncomfortable while the officer filmed her and tried to cover her face with her hands.

Police arrested the headteacher following the complaint, however, the case took a turn after two students and some local politicians gathered and started protesting Doula's arrest.

Eleven days after she reported headmaster to police, she reached her school for her final examination on the 6th of April 2019, when two of her friends lured her to the school's rooftop. 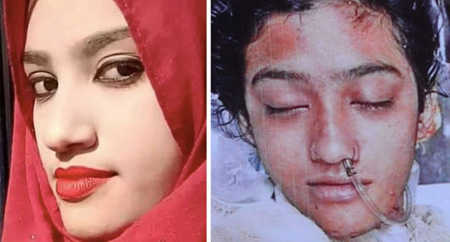 Thereafter, four or five people wearing burqas surrounded her and pressured her to take her complaint back. When Nusrat refused, they set her on fire. They fled the scene hoping the murder will appear like a suicide, however, she managed to escape and get help.

Realizing she was severely hurt, Nusrat gave a statement which her brother recorded on his phone. In the statement, she said,

The teacher touched me, I will fight this crime till my last breath.

She also named some of her attackers, but unfortunately, she succumbed to her injuries four days later in Dhaka Medical College Hospital.

The murder sparked a series of protests in Bangladesh and shone a spotlight on the vulnerability of sexual assault victims in the country.