Nun Dies During Court Hearing while Battling against Katy Perry 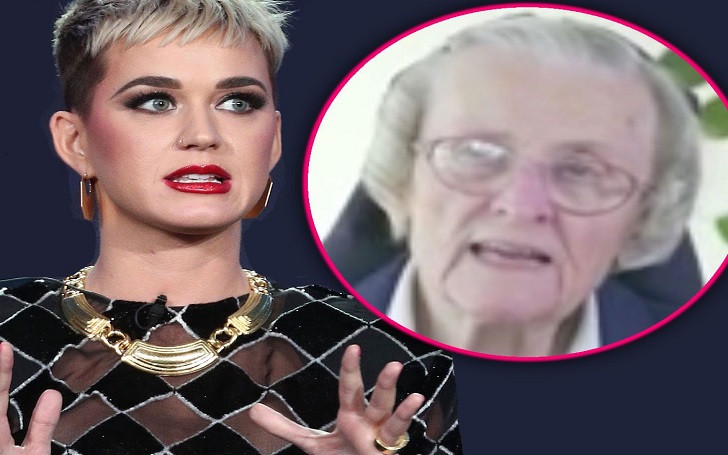 A year-long battle between the sensational singer, Katy Perry, and nuns of the Catholic convent has taken some serious turns.

The nuns have been attempting to prohibit Katy Perry from purchasing a former Catholic convent and during the recent hearing related to the case, one of the nuns died.

Sister Catherine Rose Holzman, IHM passed away suddenly today at the age of 89

Remember Sister Catherine Rose life who served the church for many years, he further added:

Sister Catherine Rose served the Church with dedication and love for many years and today we remember her life with gratitude. We extend our prayers today to the Immaculate Heart of Mary community and to all her friends and loved ones

Hours before the death of sister Catherine, Holzman and Sister Rita Callanan spoke to fox 7 that marked the first time since 2016, the nuns have spoken to the press. Holzman appealed Katy Perry to stop the legal battle while talking to fox 7. He said:

Katy Perry, please stop, It’s not doing anyone any good [and it’s] hurting a lot of people.

Back in 2015, the nuns tried to sell the property with a house without receiving approval from the Archbishop and hence the archdiocese sued them in 2015, that ignited the litigation process. The associated press reported then that Katy Perry offered $14.5 million for the house which was approved by the Los Angeles’ archbishop but kept on hold for approval from the Vatican.

The Los Angeles Times back in 2015 reported that because of Katy Perry's image, the nuns went against the sale. One of them said:

Well, I found Katy Perry, and I found her videos and if it’s all right to say, I wasn’t happy with any of it

Recent reports suggest that the judiciary section has ruled in the favor of Katy Perry making way for her to purchase the former convent in Los Angeles.