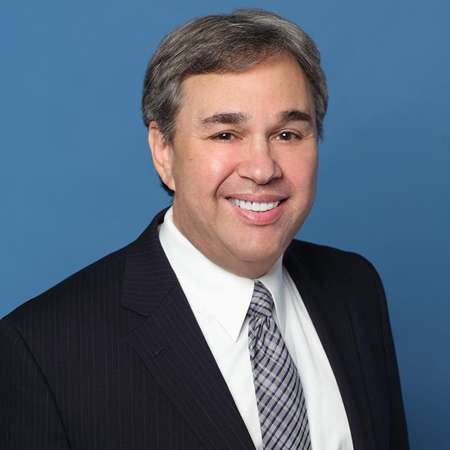 Norman Maurice Goldman is a radio host and an attorney. He is best known as Norman Goldman. He hosts a political talk radio show. He was born on March 17, 1959, in Brooklyn, New York. Goldman was orphaned at the age of 11. His mother was diagnosed with colleen cancer when Norman was just three years old and died on March 20th, 1964. His father is Maxwell Goldman and is a bookkeeper. He had a heart disease and died 1970.

Norman has two older brothers, one of his brother passed away in August 2007. He spent his childhood in an orphanage home called New York Orphanages. He first started his career nationally in broadcasting as a fill-in host for The Ed Schultz Show in the year 2006. He also served as the show's Senior Legal Analyst, he still holds this position till date. In 2009, he began hosting his own show associated by Compass Media Networks. His nationality is American and belongs to white ethnicity.

He graduated with a B.A  (Bachelor of Arts) degree in Political Science from Hunter College of The City University pf New York. He then joined Loyola Law School of Los Angeles and graduated on a full scholarship. At the age of 26, he passed the California Bar Exam.

In 2002, he was the plaintiff's attorney in Krumme versus  Mercury, a lawsuit in California. Both the trial court and the California Court of Appeal found for the plaintiffs that the insurance companies were mislabelling agents as independent brokers. The court upheld damages and attorney's fees. An insurance industry journal has described the case as "infamous". Goldman also represented plaintiffs in a lawsuit filed in San Francisco Superior Court against Auto Insurance Specialists accusing the company of paying sales money to an insurer in exchange for commissions.

In 2004 July 17, he hosted his own show “The Norman Invasion” which is a Saturday morning talk on KLSX(97.1) in Los Angeles and ended on 30 October 2004. Later he became the legal commentator on The Ed Schultz. He then began his broadcasting his own program through internet and podcast.

His show is live from 3 pm to 6 pm (pacific time), by the way, the show's slogan is “Where Justice is Served”
Recently, Goldman constructed the "four-point plan to save America", after censuring politicians including President Barack Obama for abandoning their campaign promises. It includes power-transparency; "a WikiLeaks for radio", and a grassroots quarterback for the coordinating/funding of the progressive message and viewpoint.

Unfortunately, there is no information available about his married life neither who his wife is. No source highlighted his net worth and salary, but we believe that he is earning enough to live a luxurious life. However, you can read his bio on wiki and listen to his own story narrated by himself on his official website.