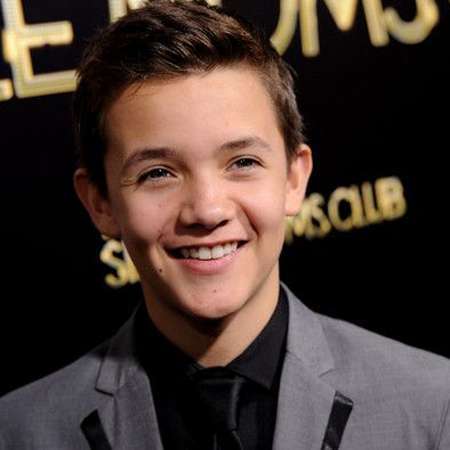 Noah Urrea is an American singer, dancer as well as an actor. He is one of the people in the US to get famous as a singer at an early age. He was born on March 31, 2001, and is frequently referred to as the next ‘Justin Bieber’ or ‘Bieber meets Timberlake’, as he is also a huge fan of American singer Justin Timberlake.

Noah’s first breakthrough in the entertainment industry was when he appeared in Blake Shelton’s music video ‘Honey Bee’ in 2011. Since then, he's become experienced in many facets of the performing arts. His first acting debut was in 2012 when he got the role of Trevor in the Adult Swim Emmy-winning series ‘Children's Hospital’.

Noah Urrea, in 2013, made his feature film debut opposite Ashley Judd, Ray Liotta, Blake Rayne and Seth Green in ‘The Identical’, an American drama film about two twins’ separation during the Great Depression. In the same year, he also appeared in the Tyler Perry film ‘A Madea Christmas’ in the role of Bailey, opposite Tyler Perry, Alicia Witt, and Chad Michael Murray, in which he acted and sang. In 2014, Urrea won the 'Best Young Actor Award' at the Action on Film International Film Festival for his role in the short film 'Eleven' (2014) where he portrayed a character named James.

Noah Urrea’s other appearances include movies like ‘Sam and Cat’, ‘See Dad Run’ and the Nickelodeon pilots 'Twang' and 'Like a Girl'. He was chosen as one of Nickelodeon's 'Groundlings', where he developed a talent for improvisational comedy in 2012. His current television projects include 'Mr. Robinson' (NBC), and 'The Kicks' (Amazon)

Noah Urrea passions, beside acting,  also includes singing. He has worked with Justin Timberlake’s producer, Rob Knoxx. He has created many original songs and worked with many other artists. Noah has performed at many signature venues across the country including The House of Blues, The Mint, The Troubadour and many others. Additionally, he sang at many fund raising events. He has supported charities such as Good Will Galas, End Malaria Now and Rockin’ a Cure a concert benefiting families affected by Cystic Fibrosis.

Noah Urrea was born in Orange County, California. His nationality is American and his ethnicity is White. He is usually seen performing in Los Angeles and Orange County. He was homeschooled. He also loves singing, dancing, playing baseball, football and doing Musical Theater with his friends. Many information related to Noah’s personal matters like girlfriend, family, etc has not publicized yet. He is a frequent user if twitter and snap chat.

Noah Urrea  is a very tall person for his age. Currently, at the age of 15, his height is 5' 7½" (1.71 m). Due to his height, he is usually considered too big for his age, which he takes as a compliment. His waist size is 27 and shoe size is 8.5. He has long brown hair and hazel colored eyes. More information may be found in other biography websites across the web.