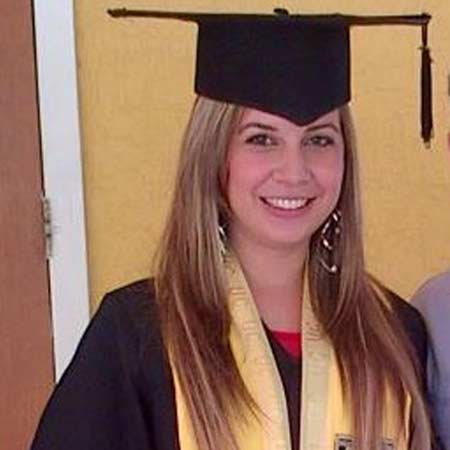 Venezuelan bioanalyst, Nina Altuve is the wife of the professional Venezuelan baseball second baseman for the Houston Astros of Major League Baseball (MLB), Jose Altuve. The couple started dating when they were teenagers and eventually got married. They welcomed their first child, a daughter named Melanie A. Altuve on 1st November 2016.

Nina Altuve was born Giannina Elizabeth Cimetta Sandoval on 2nd February 1992 in Venezuela, under the birth sign Aquarius. She is an Aquarius which defines her personality to be unpredictable and social. Altuve is Venezuelan as per nationality, and as far as her ethnicity is concerned, she is Amerindians.

Her parents raised her along with two brothers, Alfredo David and Justin Emilio in Maracay, Aragua. After graduating from high school, she earned a bachelor’s degree in bioanalytics from the University of Carabobo.

Nina Altuve is a bioanalyst by profession. As per PharmaJob,

‘’ Bioanalysts, or bioinformaticians, take part in basic and applied research in order to enhance knowledge about living organisms, manage natural resources and develop new practices and products in the fields of medicine and agriculture."

"They work in labs or in the field for the government; environmental consulting and natural resources companies; public utilities; chemical, pharmaceutical and biotech companies; and in health care and teaching establishments.’’

Altuve, however, is not involved with any companies yet.  She is a stay home mom and is fully focused on raising her daughter.  Whereas, her husband, Jose Altuve is a professional Venezuelan baseball second baseman for the Houston Astros of Major League Baseball (MLB).

Who Is Her Husband José Altuve?

The 29-year-old José Altuve is a professional baseball player. Making his debut as a free agent in 2007, the player currently plays for Houston Astros. A six-time MLB All-Star Altuve has won a number of accolades like the Al Most Valuable Player Award and more.

What Is Nina Altuve’s Net Worth?

Nina Altuve and her husband, Altuve's share an estimated net worth of $20 million. The couple has a luxury house in Texas which they bought for $1.3 million in 2015.

According to Cot’s Baseball Contracts, there is a $21 million signing bonus included in the contract which gives the extension an average annual value of $30.2 million (2020-2024).

Nina Altuve met the love of her life, Jose Altuve when she was just a teenager.  They started dating after some time and tied the knot, on November 20, 2006, in a private wedding ceremony attended by their families. On November 20, 2018, the duo celebrated their 12th anniversary.

The couple has been sharing a strong bond since their marriage.

CAPTION: Nina with her husband, Jose, and their daughter. SOURCE: 6abc Action News

On 1st November 2016, they welcomed their first child, Melanie A. Altuve. Her husband told USA Today about his baby girl;

‘’ I think she’s going to help me to become a better player. Because you need some time off from baseball. Like when you have a bad game or you end up playing really good, you go home and you need to chill out. Like: ‘OK I don’t want to know anything about baseball until the next day."

"Now when I’m on the field I just think about playing baseball, but then when I go home I just think about her and talking to her and what can I do to help her — just everything about her. Baseball is the thing I do, and she’s what I’m doing after that. So she fits perfectly into my life.’’

The family of three loves to travel. They have visited many places so far including Paris, Punta Cana in the Dominica Republic and Europe.

Nina Altuve has a huge crush on Fernando Alonso; a Spanish Formula One racing driver.