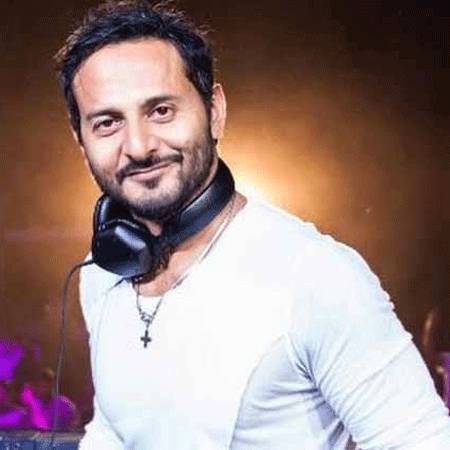 Kalebgada Bhemaiah Chinapa is better known as Nikhil Chinapa or VJ Nikhil. He was born on 6th June 1973 in Bengaluru, India. He is an Indian video jockey and radio jockey. He is better known as a presenter on MTV India. His father was an Indian Army Paratrooper. Nikhil spent his childhood in Agra. He is of an Indian nationality and follows Hindu religion.

Nikhil Chinapa went to St. George’s College in Agra. Later on, his father got transferred to the Secunderabad and there he studied in Faust. After that, for few months he went to Hyderabad Public School in Begumpet. He also attended St. Joseph’s Boys’ School in Bangalore.

Nikhil Chinapa and his company named Submerge Music are known for having been instrumental in bringing the most prominent DJs to India such as Alesso, Deniz Koyu, Swedish House Mafia, Zedd, Hardwell, Tiesto, and Armin Van Buuren. On Twitter, he has a ma s sive fan following among Electronic Dance Music (EDM) and is credited by and large to be a pioneer for EDM in India.

In the club of metro cities of Mumbai, Bangalore and Delhi Nikhil’s firm Submerge promotes upcoming DJs and the events. Across India, his name is synonymous with contemporary music and dance events. Nikhil China started the company Submerge to promote the image of a DJ as an artist than adhering to the popular demand of the audience at clubs.

Nikhil Chinapa is also known for hosting a popular weekly radio show named ‘Together’ on Sunday nights on www.tgtr.in. On the show, he featured both new as well as commercial tracks along with guest mixes. He also hosts a television show named MTV roadies. It is a youth-based popular reality television show which airs on MTV India.

Nikhil Chinapa hosted and judged many shows till date. In late 90’s he was the VJ o MTV’s one of the most famous shows named ‘MTV Select’. In 2006 he was a judge of Fame X alongside Ganesh Hegde and Daler Mehendi. Along with MTV VJ Ayushman Khurrana, he has hosted 2 seasons of ‘India’s Got Talent’. He was also appointed as a jury member in a new show of MTV India named ‘Mtv Rock On’.

Nikhil Chinapa's role in the film Snip which was released in 2000 got him into controversy for some explicit scenes with Sophia Haque.

Nikhil is married to DJ Pearl in the year 2006. Other than his wife there is no any information about his any affairs or girlfriend. His net worth is not disclosed.