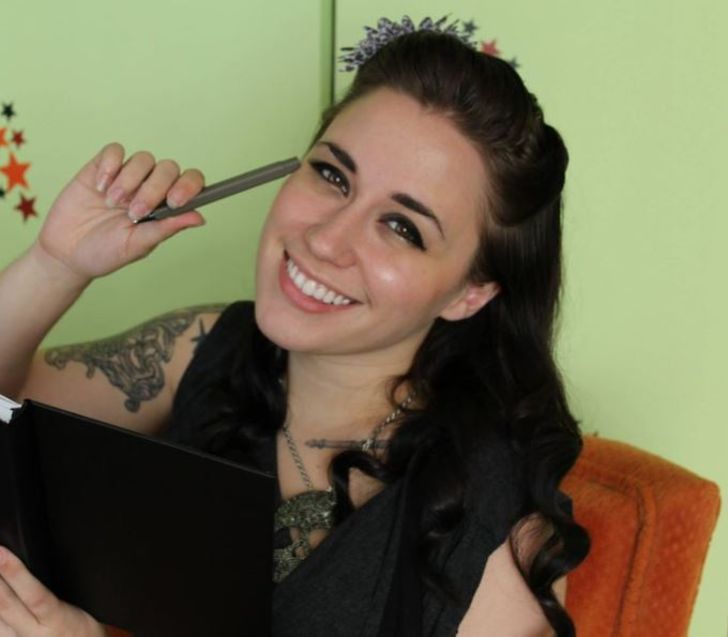 Nika Harper, an American TV actress, writer, and YouTuber is best-known for her vlogs on Geek & Sundry channel show WordPlay. Harper owns an eponymous YouTube channel NikaHarper, where she posts gaming videos of The Secret of Monkey Island, MechaNika, Psychonauts & others.

Moreover, she appeared in the TV series The Guild (2009), LORE in a Minute! (2014), Deepwater Deep (2018) and The Last VHS Store (2018). The multi-talented personality is also the author of horror-fiction books Shivers In-Between and Echoes of Old Souls, and has served as one of the writers for the plot of the video game Where the Water Tastes Like Wine (2018).

When and Where Was Nika Harper Born?

Harper, nicknamed Nikasaur was born on September 1, 1985, in the United States of America. She holds an American nationality. Regarding her family background & details on her parents, Nika seems pretty low-key.

In 2009, she made her TV debut through the TV series short The Guild (4 episodes). Thereafter, she narrated the TV series (short) LORE in a Minute! in 2014. Nika portrayed Xylitol in Deepwater Deep (2018) and appeared as Hermonie in The Last VHS Store (2018).

In addition to that, Harper has made guest appearances as herself in FriendZone, The Co-Optional Podcast, and TableTop.

On July 16, 2011, Nika Harper created a YouTube channel that runs with the name NikaHarper, but posted her first video on June 20, 2013. At the moment (in late 2020), the channel has over 31.6K followers and has over 875,534 views. The American YouTube gamer & vlogger plays and posts videos of the video games series: The Secret of Monkey Island, MechaNika!, Costume Quest 2, and PsychoNauts. 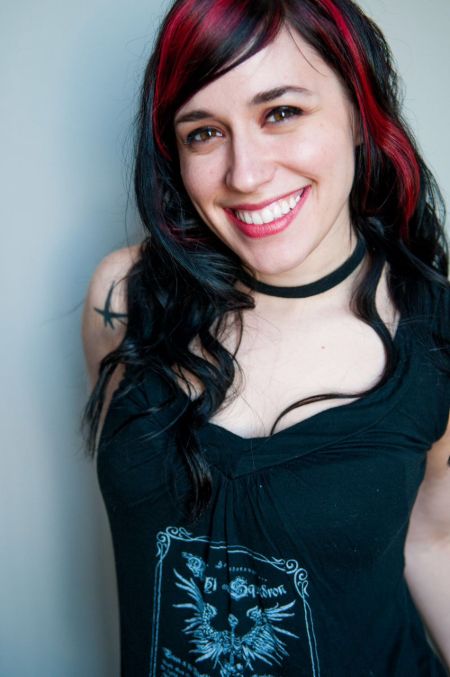 She is also the video host of WordPlay, a show on the Geek & Sundry vlog network.

Did you know? Harper was formerly coordinator of now-defunct League of Legends Summoner Showcase, a game published by Riot Games. She left in 2013.

Harper released her first book Echoes of Old Souls on February 10, 2013, which is a collection of short-stories with topics on love and loss, hopes and horrors, and questioning the true meaning of 'forever.' Her 2nd book Shivers In-Between is crafted with chills and frights, that includes experimentation of genetically modified insects, a girl's haunting dream & shadowed psychology of society.

Moreover, she writes on her typographic story blog Typeface Tales.

Sexual Assault Accusation- Made An Apology

On June 26, 2020, a comic book colourist Kelly Fitzpatrick, famous for her works in comics like Batman, Plastic Man, Constantine & Wonder Woman, made an allegation of sexual assault against Nika Harper.

I've made the decision to speak up. Nika Harper sexually assaulted me at ECCC in 2015. pic.twitter.com/GP3W5h1Nwc

Later, Harper released a statement of apology to Fitzpatrick that read:

I remember that night, I recall it regularly with shame, and all of it was irresponsible," she wrote. "I was out of control and completely inappropriate with Kelly, not mindful of her physical space or consent, and that is abhorrent behavior.

However, unsatisfied Kelly soon made a response that she rejected Nika's apology and added that it was to save her face from fans rather than an actual apology. No words for each of the side since then is out.

Is Nika Harper Dating or Married?

As far as of 2020, no official records of Harper's married life or husband is out. Despite the fact that Nika Harper openly talks on dating tips & relationship issues on her social media, she is yet to make any moves on her relationship publically.

She is not reported to be dating anyone or has any ex-boyfriend/ past relationship. An avid user of Instagram (@nikaharper) and Twitter (@NikaHarper) has over 2.5K followers & 63.3K followers, yet no traces of her love life ever came up.

Harper is allegedly single at the moment.

Indeed with a diverse career yet prominence as a YouTube gamer, vlogger, actress & writer, Nika Harper grabs a considerable sum of money. In November 2020, Harper has an estimated net worth of $200,000.

Currently, she lives in Los Angeles, California, & often flaunts her luxurious life on her social media. Even if she has not disclosed her property or earnings portfolio, the WordPlay host allegedly earns massive tens of thousand dollars annually.