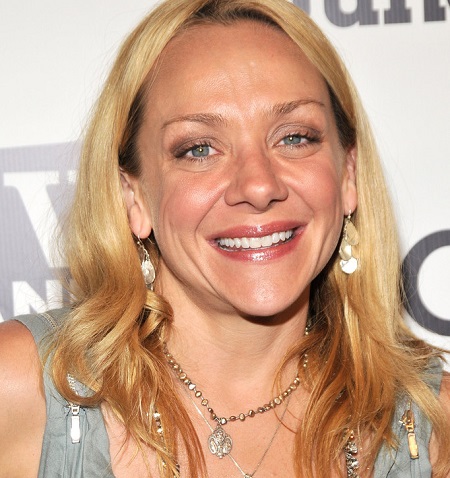 American actress, comedian, and voice artist Nicole Sullivan started her professional acting journey in 1990. The 50 years old actress is best known for her work on the sketch comedy series, MADtv. Similarly, she is widely known for portraying the role of Holly Shumpert in the CBS sitcom The King Of Queens.

Early Life And Education; Who Is Her Father?

Nicole’s full name is Nicole Julianne Sullivan. She was born on 21st April 1970, and is 50 years old, as of 2020. She was born in Manhattan, New York, the United States of America.

Nicole was born to father Edward C. Sullivan, a New York State Assemblyman, and her mother is a businesswoman. Her nationality is American, and her ethnicity is white.

Nicole started taking dance classes just at seven and had performed in Off-Broadway and Broadway productions.  During her high school days, she played soccer and was a member of the student council.

Is Nicole Married Or Not?

Nicole is a married woman. She is married to husband, Jason Packham. Her husband is also an actor. As per sources, the duo exchanged the wedding vows in June 2006 in a private wedding ceremony. 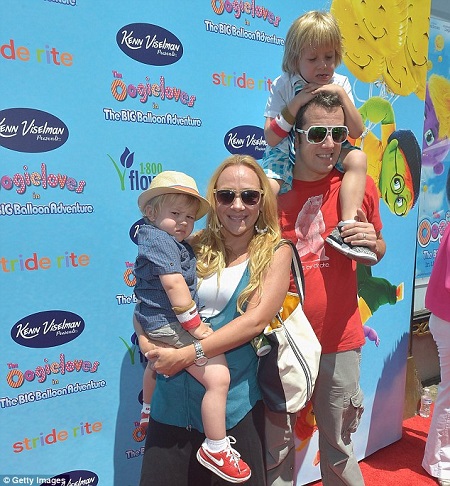 Currently, the duo enjoys fourteen years long conjugal life without any divorce or separation issues. Together, the pair shares two children, two sons. A year after marriage, they welcomed their first child in May. Their second child was born in August 2009.

The 50 years old actor started her acting career in 1990 but came into the spotlight for appearing as a young woman in the television series Herman’s Head in 1991.

Regarding movie career, Nicole made a big-screen debut in 2000 appearing as Mara in the movie Bar Hopping. In the same year, she gave her voice to character Mira Nova in the film Buzz Lightyear of Star Command: The Adventure Begins.

Her movie credits are Guess Who, The Third Wheel, Black Dynamite, Eat with Me, Meet the Robinsons, The Ant Bully, 17 Again, Superhero Movie, I’ll Be Next Door for Christmas, Sesame Street’s All-Star Alphabet, and many others.

How Much Is Nicole Sullivan’s Net Worth?

Nicole, being born in a prestigious family, definitely has been living a healthy and luxurious lifestyle. As of 2020, her net worth is reported to be around $4 million and earns $500 thousand per annum.

Nicole earns a decent figure of money from acting, voice artist, and comedy career. She also earns from endorsements and commercials.