Academy Award-winning actor Brad Pitt has a new woman in his life! US Weekly confirmed on August 26, 2020, that the actor of "Fight Club" and "Once Upon a Time... in Hollywood" is dating the German model Nicole Poturalski.

In this article, we look at everything there is to know about the model:

Us Weekly confirmed on August 26, 2020, that Brad Pitt and Nicole Poturalski were dating when they were spotted exiting Pitt's private jet after landing in Le Bourget airport outside of Paris, France. They shared a ride to Pitt's château in southern France. 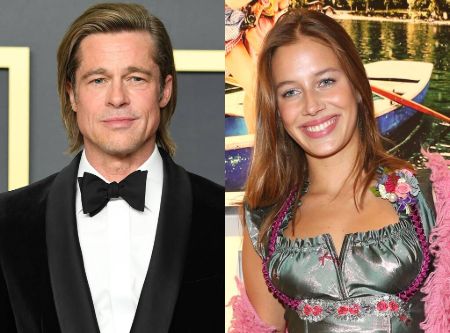 US Weekly confirmed on August 26 that Brad Pitt and Nicole Poturalski were dating SOURCE: E! Online

The French getaway comes in the middle of Pitt's acrimonious divorce proceeding against his estranged wife Angelina Jolie and a custody battle for their six children: Maddox, Pax, Zahara, Shiloh, and twins Knox and Vivienne. They legally separated in April 2019 and have been locked in a rigorous divorce battle since.

Before Poturalski and Pitt were confirmed to be dating, he was romantically linked with Sienna Miller and Alia Shawkat.

How Old is Nicole Poturalski? What is Her Height?

Nicole Poturalski is 27 years old, making her nearly 30 years younger than the 56-year-old Brad Pitt. According to her modeling agency, Nicole is officially billed at standing at 5 feet 10 inches (1.77 meters).

She was born in Bergkamen, Germany, and is of Polish descent. Besides German and English, she speaks three additional languages.

She is a Fashion Model

Poturalski is a model hailing from Berlin, Germany, going by her pseudonym "Nico Mary".  She is currently signed to the German modeling agency, A Management. In the states, she is represented by the New York-based Official Models and Los Angeles-based NEXT Models. Throughout her career, the eminent 27-year-old has been featured on Harper’s Bazaar and the German edition of Grazia magazine. She has also graced the cover of Elle Germany's September 2020 issue.

Mother of a Son

When she is not busy with her modeling gigs, she is a doting mother to a son, Emil, from a previous relationship. 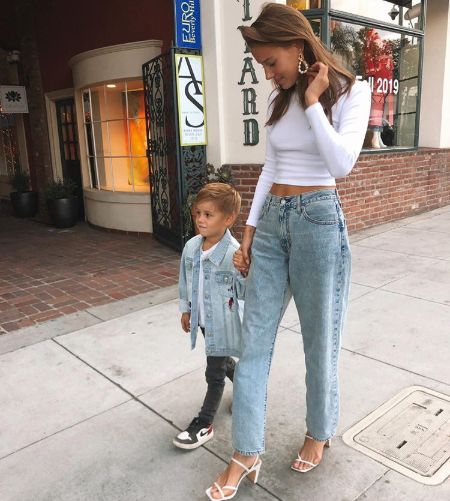 She keeps her personal life closely guarded and not much is known about her son, but she occasionally shares snaps of her son on her Instagram.

Is a Social Reform Activist

Nicole is an activist who uses her platform to advocate for the socio-political issues plaguing the world today. She has been especially outspoken about organizations like Black Lives Matter. She also champions children's welfare and speaks out against child abuse. Other than that, she also speaks out against gun violence in America.