Nicky Dodaj is a social media personality who is the co-founder and creative director of Malibu Juice Club, an upcoming athletic and leisure brand. Besides, Dodaj is primarily recognized as the loving girlfriend of Arnold Schwarzenegger's son Joseph Baena.

Nickey Dodaj was born to Suela Lekaj-Mansur (mother). Currently, the name of her father is unknown. From her parents' side, Dodaj belongs to Albanian ethnic background. Some online portals claim her age is between 20-22 years.

Talking about her education, Dodaj attended Pepperdine University in 2015 and graduated with a Bachelor's degree in Business Administration and Management in 2019. After that, she enrolled at Pepperdine Graziadio Business School and earned MBA in Entrepreneurial Studies & Marketing.

What Is Dodaj's Job? Career

From October 2013 to October 2017, Dodaj worked as a shift supervisor at Al's Pizza. And for some time, she served in the same position at Flying Iguana. From 2018 to 2019, Joseph Baena's girlfriend was a Financial Planning Intern at Midwest Financial Partners. 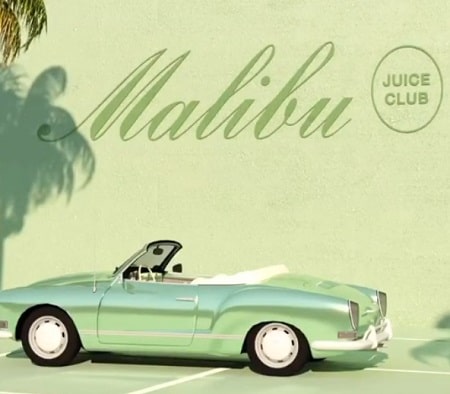 According to her Linkedin Bio, she is currently an intern at Relevant Group. Apart from that, she is the co-founder and creative director of Malibu Juice Club. And during her spare time, Dodaj does volunteering for Habitat for Humanity.

Take A Look At Her Love Life

As mentioned earlier, Dodaj is currently dating Joseph Baena. The cute couple reportedly met each other for the first time at Pepperdine University. Baena posted their couple photo in February 2020, admitting it was their first anniversary.

Now, we can say that the duo has been together for over two years. Furthermore, they are still together, but they prefer keeping themselves away from the public's eyes. Moreover, Dodaj is available on Instagram under the username @nickydodaj, where she makes regular posts of her life.

Nicky Dodaj's boyfriend, Joseph Baena, is an American bodybuilder, fitness trainer, and social media personality. He is the son of the noted actor, Arnold Schwarzenegger. So, he is gradually getting into the same industry as his dad. 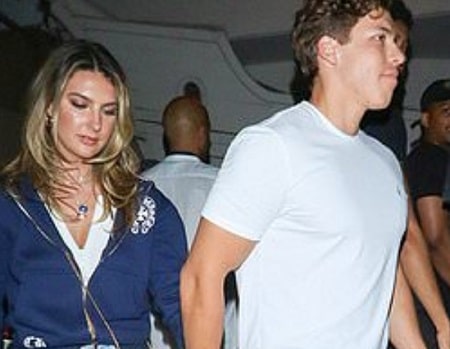 CAPTION: Nicky Dodaj and Joseph Baena are dating each other SOURCE: Twitter @DailyMailCeleb

Reportedly, Baena made his appearance in his dad's film, Terminator 2. The aspiring actor also loves the gym, and he has shared various images on his Instagram account showcasing his workouts. Looking at his account, we know he is also engaged in the real estate business.

Not only that, but he also hosts Opposite Ends, a podcast that comes on YouTube, Spotify, and Apple every week. The podcast is also hosted by Jaibir Nihal Singh. Likewise, the talented figure has been featured on the cover page of several magazines, including Men's Health.

Being a social media personality and co-founder of a company, Dodaj has surely earned a good fortune. Formerly, she has worked in several companies that must have boasted her income. Some online sources estimate her net worth to be around $100,000 to $500,000.

Apart from her profession, Dodaj might make money from brand endorsements or sponsorships. According to the Influencer Marketing Hub, her estimated earning from a single sponsored post on Instagram is $112.5 - $187.5. So, the social media personality surely lives a quality life with her significant revenue.