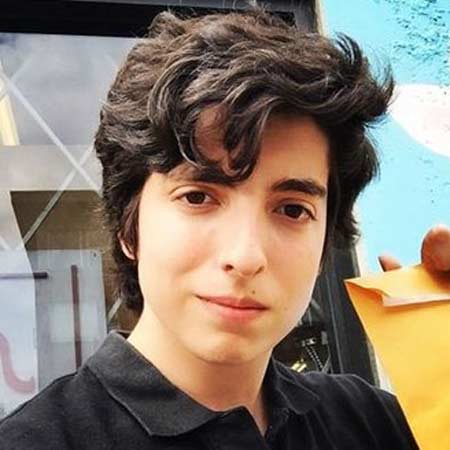 Nick Wolfhard is a young adult known mainly as a voice actor. He debuted in the entertainment industry with the 2013 movie Aftermath. He has voiced for animation movie Under Wraps, animated series World Trigger and voiced the English version of Beyblade Burst as Yugo Nansui. Wolfhard is the older brother of popular Stranger Things famed star Finn Wolfhard.

Nick Wolfhard was born on October 21, 1997, in Vancouver, Canada to his father Eric Wolfhard who is a screenwriter. His parents belong to German, French and Jewish ancestry so he originally is of mixed ethnicity.

Nick spent the majority of his childhood days in his hometown Vancouver with his family. As far as his ethnicity and nationality are concerned, he is a White Canadian. He also has a brother named Finn Wolfhard, is a Canadian actor and musician.

Wolfhard is a movie and voice actor who debuted in the industry with a short movie named Aftermath in 2013 as Young James alongside his brother Finn Wolfhard. The following year he voiced for an animated movie called Under Wraps and for the anime series, World Trigger. In Underwraps he voiced the character, Danny and was cast alongside huge stars like Brooke Shields, Drake Bell, and Matthew Lillard. Wolfhard even voiced the English version of Beyblade Burst as Yugo Nansui and Miyoshi; Shun Midorikawa in World Trigger.

Wolfhard has worked with voice-over actors and directors like Allister Abel, Terry Kla s sen, and Kazumi Evans. He states that he can voice characters from age 10-20  and is looking forward to voice for machinima-type videos, abridged series, video games, and internet animations.

He is represented by Ralph Streich of Red MGMT based in his town.

Nick Wolfhard's Net Worth And Major Source Of Income

Wolfhard's net worth is not reviewed as of now but it is estimated to be less than $1 million. He is paid fairly well for his contribution as a voice actor.  In the USA, voice actors get paid on the basis of the word count of the script which is the most common way of payment. The payment ranges from $100 for a 15-second recording to $3000 per audiobook.

The actor also has a considerable fan following on his social media like Instagram 352k followers, as of 2019. It is also an essential medium of his earnings.

He has a well-furnished studio that has high brand essentials. He has an Audio Technical AT2020 Cardioid Condenser Microphone, Line 6 POD Studio UX2, and a Computer & Software of IMac, Podfarm, Garageband, Audacity.

Is He Dating Someone As Of Now?

Nick Wolfhard is not married yet and has yet to announce anyone as his girlfriend. He has kept everything about his girlfriend and love life away from the mainstream. Probably, the TV actor is utterly focused on his career rather than anything.

Wolfhard is the older brother of Stranger Things fame star Finn Wolfhard. He is active on Twitter and has around 68.2k followers. Wolfhard is also active on Instagram having 352k followers and posts pictures of animes, his pets, friends, creative photos, and so on. His hobbies include jamming to Rock Music, playing Overwatch, and making fan art sketches.

His main language is North American English and English but can pull off different accents like Canadian, North American, and US-South like Deep South, Delt, and Dixie. Wolfhard has a dog named Rosie and also owns a cat.