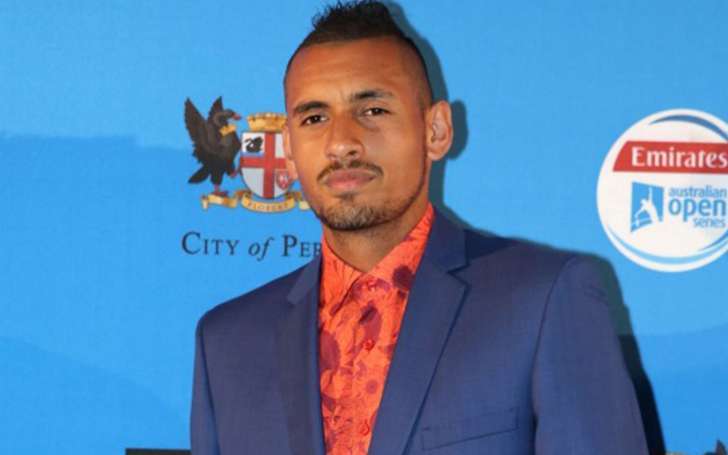 The tennis world this year has received a huge shock after the former Wimbledon champion Rafael Nadal has been defeated by an Australian teenage sensation Nick Kyrgios. This match was the teenagers very first match. Ranked No. 144 in the world, Nick required a wild card just to qualify for the field and has currently become the lowest ranked player to beat the Spaniard Nadal.

Kyrigos, with a height of 6 feet 4 inches and weight of 171 pounds, in his first glorious appearance defeated Nadal in the round of 16, 7-6 (5), 5-7, 7-6 (5), 6-3. The 14 time Grand Slam champion received 37 aces and blistering groundstrokes. Nick has won one tour level match and has saved nine match points against France’s Richard Gasquet this year in the second round match this year. Upon playing with Nadal however, he easily prevailed in the third set tiebreaker with the help of a backhand winner as well as a forehand crosscourt to close it. In the fourth set, his whiplike strokes, monster serves and 31 total aces sealed the win for him.

19 year old Nick Kyrigos was at a loss of words after his win and admitted that his win hasn’t sunk in enough to start to celebrate yet. A native to Canberra Kyrigos has managed to worm his way into the men’s top 100 tennis players list but he is surely not finished yet. Nadal entered the Wimbledon with no health issues with his troublesome knees. He also entered with the French Open title but the 28 year old champion’s dream to win the Grand Slam was shattered by the Australian teenager Nick. This unexpected turn of events got an instant social media reaction but Nick’s win was not at all predicted owing to Nadal's pattern of dropping the first set only to storm back and claim the following three sets. The first round defeat was followed by three more consecutive ones leading this young player to build a strong foundation for his upcoming future in tennis.