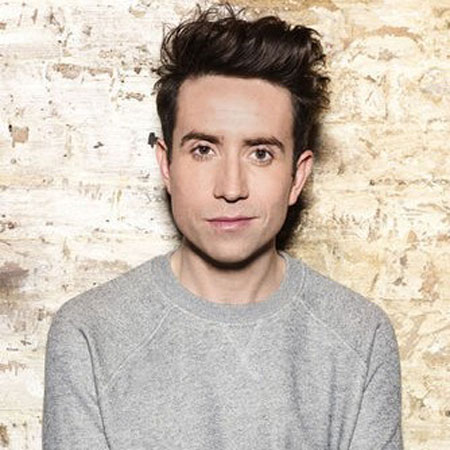 Nick Grimshaw is an English television actor as well as a radio presenter, best known for hosting Radio 1 Breakfast Show and has also appeared as the judge in the twelfth series of The X Factor.

Grimshaw has even hosted a one-off panel show That Music Show on Channel 4 and various programs on BBC Radio 1.

Nick Grimshaw was born as Nick Peter Andrew Grimshaw on 14th August 1984 in Manchester, England. He belongs to white ethnicity and holds a British nationality.

Grimshaw is the son of Peter Grimshaw and Eileen Grimshaw. He grew up along with his siblings, Andy Grimshaw and Jane Grimshaw in the city of Oldham.

He went to the University of Liverpool to earn a degree in Communication and Media Studies, unfortunately, he failed in his final year and later graduated with a DipHE rather than a bachelor's degree

During his college days, Grimshaw was the member of the University’s student radio station, ICON Radio.

In the year 2007, Nick Grimshaw professionally began his career after joining BBC Radio 1 and started presenting Switch, the BBC's youth strand along with his mate DJ Annie Mac where he worked for nine years.

Moreover, after the exit of Collin Murray, he engaged with the 10pm-midnight slot on BBC Radio1. Later on, he replaced Chris Moyles and started hosting The Radio 1 Breakfast since 2012.

Grimshaw gained more popularity and succeeded to grab millions of listener for his show. Apart from radio, he is also engaged with television.

Grimshaw began his career in TV after hosting daily shows on the UK entertainment E4 channel. He then joined Channel 4 and started hosting Freshly Squeezed, a daily breakfast show along with Alexa Chug which is now hosted by Jameela Jamil.

Besides these, Grimshaw also appeared in the Disney movie named, Wreck-It Ralph. He even judged an annual competition called Column Idol 2014 by charity Media Trust.

Nick Grimshaw is gay which he publicly announced in 2012. He was secretly dating a fashion director, Nicco Torrelli since 2013.

The pair were spotted by the media at the Glastonbury festival wearing same kind Hunter Wellington boots. After dating nearly a year, they split because of some unknown reasons.

Grimshaw has a complicated relationship with Harry Styles who is the member of One Direction and ex-boyfriend of Taylor Swift and Kendall Jenner.

They mentioned themselves as the best friends whereas their activities somehow made the audiences confuse. But it doesn't mean that Grimshaw and Harry are dating rather they might be friends as well. He is not married yet

Currently, Grimshaw is single and is not into the affair with anyone after break up with his first boyfriend.

In total sum, he has an estimated net worth of $2 million.

Grimshaw is often seen riding a Mercedes G-Wagon car worth $80 thousand. He was spotted looking to buy a house in Islington, London worth $2.1 million.